Why van Gogh cut off his ear

An outstanding artist Vincent Willem van Gogh, despite his madness, the long search for a vocation, loneliness, and unrequited love is marked not only in the art world, but also in medicine. No less legendary than his work, was the story of a severed ear. 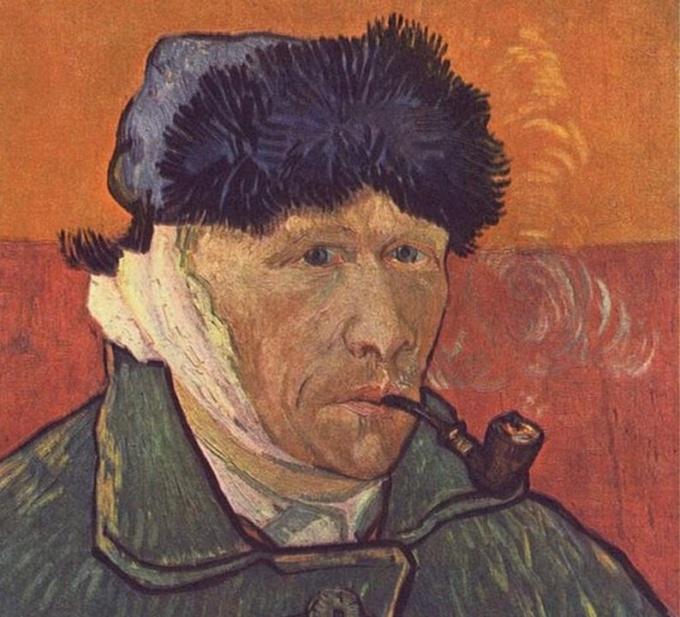 There are many theories about why van Gogh cut off his ear, but the real reason only he knew. Perhaps the answer is known to his descendants, who still keep in complete secrecy personal letters and documents for Vincent.

Version # 1. Van Gogh was a genius, whose work is accepted not all. Some loved it, others hated it. And ironically, the man who was so admired by Vincent, his paintings are not perceived and spoke of them negatively. It was Paul Gauguin. Van Gogh once invited the Field to himself in Arles. Being financially dependent on the family of Vincent, Gauguin accepted the invitation.

Unfortunately, the real reason for this behavior is unlikely anyone will know, but the illness of van Gogh apparently, epileptic psychosis - there is clearly played a major role.

After some time being together, they began increasingly to interfere. And one night van Gogh broke down and crept up to the Gauguin with a razor, wanting to kill him, but he noticed him and prevented the attack. The same night van Gogh cut off his ear lobe. Why? Perhaps due to remorse. Historians believe this version is extremely illogical and put forward following the expected course of events.

Version # 2. That ill-fated night between van Gogh and Gauguin indeed have a quarrel, it came to a fight with swords, and Paul accidentally cut off his opponent lobe of the left ear.

Version # 3. While van Gogh was shaving, his mind clouded, and he in a fit of mental attack he cut off his ear part.

Version # 4. This assumption says that the causal nervous breakdown was the marriage of his brother, from whom van Gogh greatly depended. It is not excluded that in this way the artist expressed my frustration about this.

Version # 5. Such consequences could result in the action of psychotropic drugs, including absinthe. Perhaps in an altered state of consciousness, the artist wanted to check if it could feel pain.

In 1966, on the basis of this incident in honor of a talented crazy person was named mental disorder. This syndrome manifests itself when a person either himself manufactures surgical intervention, or requests of others.

Syndrome of van Gogh's most likely in schizophrenia, dysmorphophobia, dismorphomania.

A huge number of versions is confusing, but, nevertheless, thanks to the legend that the syndrome was given the right to exist.

In any case, no matter what version you are considered fiction, and some true a severed ear became a part of history, inextricably linked with one of the most emotional and unpredictable artists of the post-Impressionists of the 19th century.
Is the advice useful?
See also
Подписывайтесь на наш канал