How to open iPhone cover

Removing the iPhone cover is performed to replace the back cover with new one or change the battery. Through the back cover can also be made access to the contents of the device for repair. To remove the cover, you'll need to Unscrew a few screws on the device. 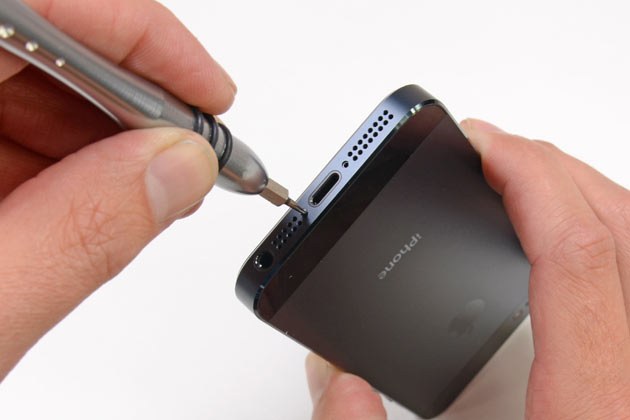 Related articles:
You will need
Instruction
1
Before loosening the rear panel turn on silent mode using the switch on the left side of the device. Then turn off your iPhone by holding the power key located on the right upper part of the apparatus.
2
The cogs that will allow you to remove the back cover located on the bottom of the unit. To remove, use the special screwdriver, designed for analysis of mobile phones.
3
If you are using iPhone 4 or 4S, after loosening put two thumbs on the back panel of the device and slide it upwards. Perform the operation carefully and without any sudden movements, because the use of a large amount of force may cause breakage of the mounts.
4
Once the cap moves up, separate it from the device and set aside. You will see the inner part of the battery of the device. Gently remove the battery if you want to replace. Install a new battery in the machine and screw the rear panel back.
5
Please note that disassembly of the iPhone 5 and 5s is a slightly different way. After loosening the screws on the bottom of the unit you will need to remove not the bottom, and the top panel with the screen of the device. To do this, use a special suction Cup that can be purchased in any store of accessories for cell phones. Also, this sucker comes with the kits for disassembling the iPhone.
6
Unscrewing the screws on the bottom panel, install the suction Cup on the Central part of the screen. In one hand, lock the phone and hold the bottom and side of the device. Second hand pull display using the suction Cup as long as it is not disconnected from the panel. Then carefully move the screen.
7
If you are going to replace the batteries, remove the screws that secure the display cables to the motherboard of the phone, using a screwdriver. After you complete replacement procedures install the display back, tightening the screws as they have been previously installed.
Is the advice useful?
See also
Подписывайтесь на наш канал