Who gave America the famous statue of liberty

America is known worldwide for its majestic statue of Liberty which greets all visitors to new York city on a small island near liberty of the continent. This masterpiece of the sculptor's art was donated to the American people by France, which brought US this gift in honor of the 100th anniversary of the independence of the country. But who is the Creator of the magnificent lady Liberty? 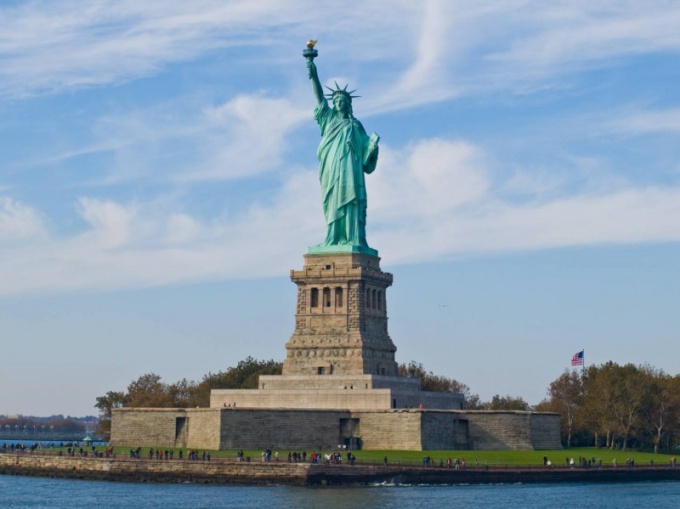 The statue of Liberty and its importance

The author of the statue of Liberty was a French sculptor frédéric Auguste Bartholdi, which allowed France to give his creation in America, which did not remain in debt. To the day of the 100th anniversary jubilee of the French revolution, the American government gave Paris a miniature statue of Liberty, created by the same Bartholdy. The French have set up near the bridge, Grenell, becoming the second owners of the symbol of freedom and democracy.

The original name of the statue of Liberty, donated by Americans, sounded like "Liberty illuminating the World".

The crown on the head of the American statue has seven rays, each of which symbolizes the 7 continents and 7 oceans. The Windows in the crown (25) represent 25 natural minerals, and the toga of the statue – the Republic of Rome and Ancient Greece. The torch that the statue holds in his hand is a symbol of Enlightenment, and the book in the second hand symbolizes a Book of law. At the statue's feet are broken chains, identifying victory over tyranny.

The symbol of the United States

The statue of Liberty was delivered to the city port of new York in the summer of 1886 on the frigate Isere. Disassembled the monument consists of three hundred and fifty bronze pieces, which were Packed in two hundred and fourteen boxes. The statue was collected for four months without the use of a variety of external structures – at the first stage, workers erected a metal frame to which is mounted part of the monument.

Just to collect the statue of Liberty was used by three hundred thousand special bronze rivets.

Before the First world war, America thought as its symbol the statue of Columbia, however, the huge revenues from the sale of the posters with the image of the statue of Liberty made the favorites is the French monument sculptor. Lady Liberty was declared a National monument of the country on 15 October 1924.

In the fall of 1972, the memorial was opened the Museum of the settlement of America, where visitors today can trace the history of the country, ranging from the Indians who are its indigenous inhabitants, to the many immigrants who come up across the hill in America since the early 20th century.

Today it is possible to see the statue of Liberty, a free swim on the ferry The Staten Island Ferry, which runs between Manhattan and Staten island. Also a great view of the monument opens from Battery Park in Brooklyn and the Brooklyn restaurant Red Hook's Fairway Café.
Is the advice useful?
Присоединяйтесь к нам
New advices