Where to go in Vietnam

The popularity of Vietnam as a tourist destination is growing every year, and now he is one of the most interesting and affordable choices among the countries of South-East Asia. Travel companies offer some of the most popular resorts, each of which has its own nuances, pros and cons. 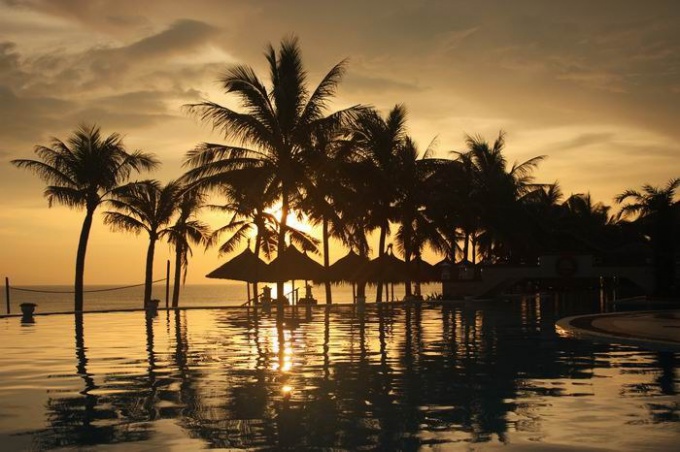 Related articles:
Instruction
1
By and large, to choose a resort in Vietnam is composed of six variants. This is Nha Trang, Phu Quoc island, MUI ne, Vung Tau, Hoi an and da Nang. They differ not only the price but also the quality of infrastructure, location, presence of additional features.
2
Nha Trang is a large city, in which was formed the resort. At the moment it is the most popular tourist attraction of Vietnam, despite the fact that some tourists are confused by the prospect to bathe on city beaches. Of course, we're not talking here about the wild, untouched by civilization, on the other hand offers not only beaches and sea but also infrastructure, urban entertainment, as well as many attractions.
3
Unlike Nha Trang, Phu Quoc island is located in the South of the country, almost became a victim of progress. The stay here is suitable for people who are tired of noisy city streets, night parties, the hubbub of the crowd. The cost of tours to Phu Quoc, as a rule, somewhat higher than in other areas, however, this kompensiruet the opportunity to meet other people.
4
Resort area of MUI ne, near Phan Thiet city, is a place almost completely "occupied" by tourists from Russia. In the peak tourist season Russian there is more than local residents. Here you will not feel a foreigner, and signs and menus in Russian, Moscow Newspapers and Russian language will strengthen the impression that you never left Russia. MUI ne is considered the best place for a beach holiday, but most here do almost nothing.
5
The small town of Hoi an is attractive not only because it is located just a few kilometers from nice beach, but that is one of the most ancient cities of Vietnam (a UNESCO world heritage site), and this is where you can get acquainted with the ancient traditions of the country, its architecture, to visit the sights.
6
Da Nang is hardly a resort in the truest sense of the word. It is an industrial-economic center of Vietnam, one of the largest cities in the country. Of course, its beaches are among the best in the world, but in the Nang do almost nothing. However, he settled there for a while, you can go on trips to other cities, for example, to Hoi an.
7
As for Vung Tau, it is, in fact, is a resort for locals going out in the sea on weekends. Decent beaches – and nothing more. No attractions, no exotics, no entertainment. In Vung Tau lives and works of many experts from Russia, but Russian tourists a little.
Is the advice useful?
See also
Подписывайтесь на наш канал