Venice is called one of the most beautiful cities on earth. Today Venice is part of Italy, but for a long time, this amazing city was a separate state, prosperous and developed a trading settlement, which is still in the beginning of our era originated in the Islands of the Venetian lagoon. 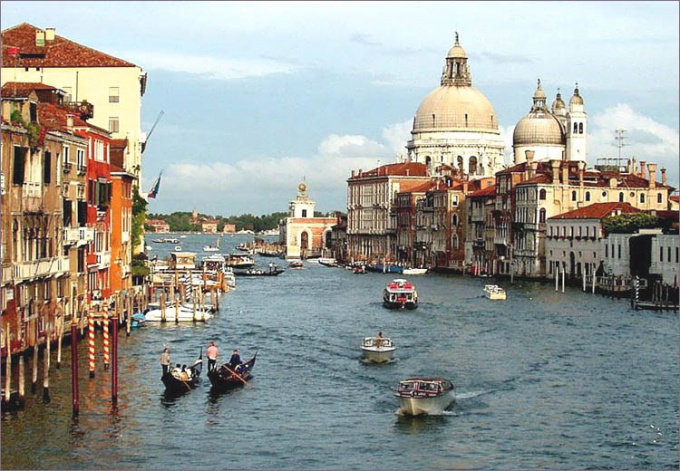 Related articles:
Instruction
1
Venice – the city on water, slowly but surely disappearing under her. The future of Venice excites people – a few centuries, this architectural pride of Italy drowned in the waters of the Mediterranean lagoons. But the city's past raises many questions, and one of the most common – who came to build a settlement in such adverse conditions?
2
Legend has it that Venice emerged from the sea foam in 421 BC, March 25 – this day is today celebrated as the day of Foundation of the city. But the history gives to the question of the origin of the city's more serious and accurate answer. The Venetian territory and the adjacent land before our era took the tribe of Veneto, thanks to which the Romans named this region Venice. Gradually these lands are settled, more and more people, here came a Roman colony, and even during the decline of the Roman Empire, Venice has grown and developed.
3
Many people mistakenly believe that the house in Venice was originally built in the water, on stilts, so the question of why the first inhabitants of the city decided to choose the place they think is fair. In fact, in the Venetian lagoon there was a group of Islands, which was the first settlement. They gradually grew between them built bridges. There are thousands of small Islands on which people built their own houses, set up markets and engaged in trade, were United into one big city. Because of the huge number of Islands, the bridges did not have time to build, so the Venetians started to use small boats to get around.
4
The unusual location of Venice helped residents to oppose the barbarians in the centre of the island was surrounded by walls, and outside the main channel was blocked by chains. The adversary to invade the city, located on the water. Venice hardly touched the barbarian raids that shook the entire continent, and the fall of the Roman Empire had little impact on the city.
5
In the sixth century wealthy residents of the province of Venice had fled from the Lombards to the Islands, so the social structure of the city was based on aristocracy – this water lived mainly fishermen. It also contributed to the development of commercial power of Venice. Began to appear new sea route through Venice to Europe carried spices: cinnamon, cloves, nutmeg. The city became one of the most important political and commercial centres of Europe.
Is the advice useful?
Подписывайтесь на наш канал