Where to go in Almaty

Almaty – southern capital of Kazakhstan. It is the largest city in the country. It is the financial, scientific, cultural center of the Republic. Every year it attracts hundreds of tourists from different cities of Kazakhstan and other countries. In Almaty a huge number of places you can go to relax and spend time with benefits. Here are some of them. 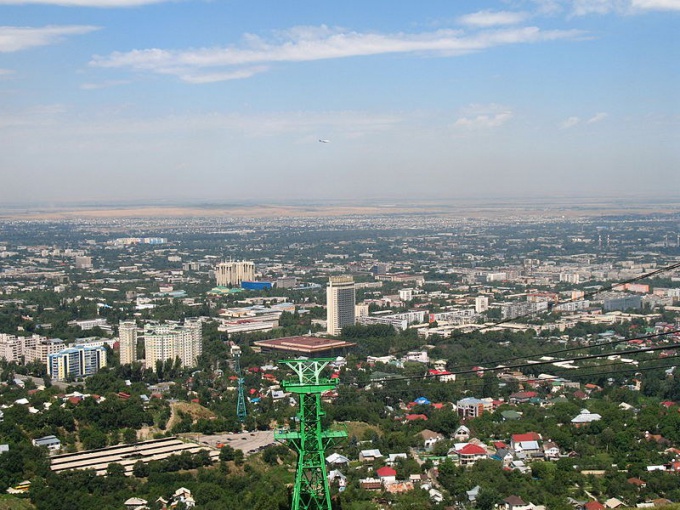 Related articles:
Instruction
1
Hikers can go on Arbat, located on Zhibek Zholy Avenue. There is going to Almaty youth, often carry out various actions and flash mobs, in which you may participate anyone. Also often on the Arbat exhibitions of local artists. The artists of Arbat street you can buy paintings with beautiful landscapes or to order your portrait.
2
Also you can take a walk in the shade of alleys in one of Almaty's parks. For example, in the Central Park of culture and leisure (ex Gorky Park), Park of 28 Panfilov guardsmen, the Park of the first President or the Botanical garden.
3
If you plan to relax in Almaty with children, visit the zoo. It is located in the Central Park of culture and rest. Also your kids will love the amusement Park "Femeli" and Technopark "fantasy World Almaty".
4
Want to plunge into the cultural life of the southern capital? Go, for example, in one of the theaters. In Almaty there are about 20. Ballet, Opera, plays based on classic works of repertoire for children – in General, plenty of choice. Also, theater-goers should look into the experimental theatre "the Artichoke". This is the most extravagant creative team of Kazakhstan. Acting, costumes, scenery shock the audience, in a pleasant sense of the word.
5
Don't like theater, go to one of Almaty's museums. Them in the city 20. For example, you should visit the Museum of folk musical instruments, the Museum of archeology or at the State Museum of art named after A. Kasteev.
6
Once in Almaty, unforgivable not to visit high-mountainous skating rink Medeo. In the summer you can breathe the clean mountain air, sit at the cool rushing river, ride horses, to count the steps leading up to protivobolevoe the dam. In winter, Almaty residents and guests of the city also go on Medeo to skate.
7
Also in Almaty do not deny yourself the pleasure to take a ride on the cable car leading to the hill Kok-Tobe. From the trailer, "floating" in the air, enjoying fantastic views of the city. Continue to admire the scenery of the southern capital after on the lookout. Also pay attention to Kok-Tobe for a monument to Apple – the symbol of the city and the monument to group "Beatles".
8
In addition, in Almaty, a huge number of bars, cafes, restaurants, night clubs and other entertainment venues where you can very good time.
Is the advice useful?
Подписывайтесь на наш канал