How to get to Stockholm

Stockholm is not only the capital of Sweden, is one of the largest and most beautiful cities of the country. It is located on the Eastern coast of lake mälaren. In Stockholm there is the main residence of the Swedish king and many historical monuments. 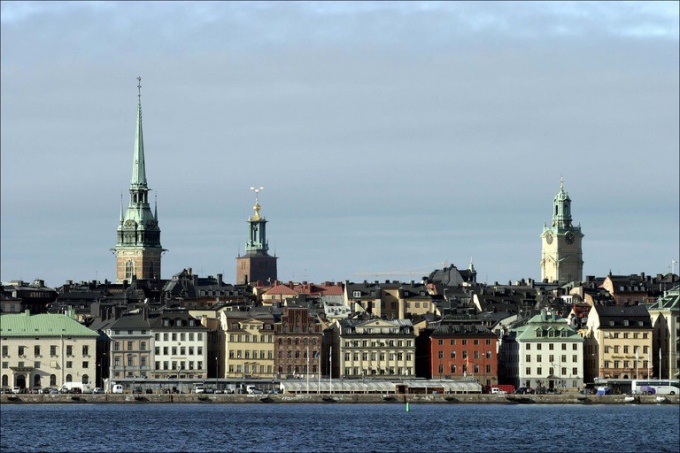 Related articles:
Instruction
1
The fastest way to get to Stockholm by plane. Every day from Moscow are no less than 15 flights "Moscow — Stockholm". In the Swedish capital flights of the two airlines — "Aeroflot" and "Scandinavian airlines". Flight time is from 2 hours 15 minutes to 2 hours and 25 minutes.
2
Every night with the Leningrad station departs brand a long-distance train "Leo Tolstoy". In 13 hours it takes you to the capital of Finland — Helsinki, and then need to transfer to the train "Helsinki — Turku" and spend 2 hours on this trip. And from the port of Turku every evening ferries "Turku — Stockholm", which must sail through the night. In Stockholm the ship will be quite early — at 6 am. In total on this trip, if you include the waiting time for a ferry departure, will take at least 45 hours.
3
You can start your journey on the train "Moscow — Saint-Petersburg". If part, then the journey time will be about 8 hours, and if it is "Peregrine Falcon", the city on the Neva river can be reached in 3 hours and 20 minutes. In St. Petersburg should be reached by buses №4 and №21 from Moskovsky station to the pier, where ferries depart "Saint-Petersburg — Stockholm". Total time on the road — not less than 46 hours.
4
There is an option to go from the Leningrad station on the original train 034Р "Estonia" on the route "Moscow — Tallinn". And in the capital of Estonia from the train station take bus No. 3 to the port where you catch the ferry "Tallinn — Stockholm". Total journey time will be from 45 to 47 hours.
5
The trip by car from Moscow to Stockholm is also a pleasant pastime. For this you first need on the track "M10 Russia" through Vyshniy Volochek, Tver and Veliky Novgorod to get to St. Petersburg, and then on the track "A127" drive through Vyborg to the Russian-Finnish border. Then on the track "А181" and "E18" through Helsinki, Espoo, Paimio and Raisio to reach the port of Turku. Then to load the car on the ferry and sail to Stockholm.
Is the advice useful?
See also
Подписывайтесь на наш канал