The magnitude of the growth rate used in the dynamic analysis of the speed and intensity of the development of any process or phenomenon. For its calculation we used the quantitative values obtained after a certain period of time. Growth rates are divided into base and chain. Underlying growth rates are calculated from the specified values adopted for the base chain – from the value in the previous period. 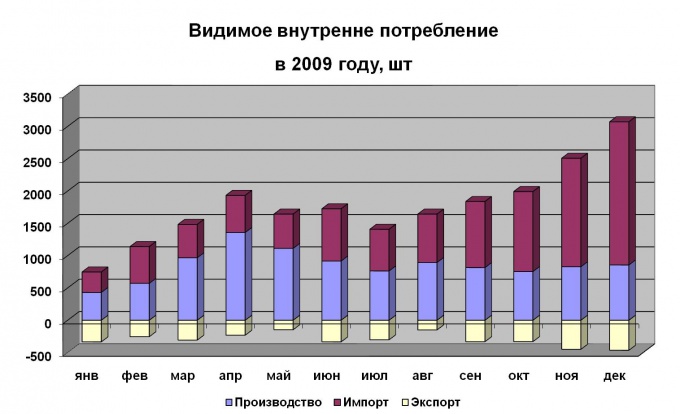 Related articles:
Instruction
1
Growth rates are expressed in percent. If we calculate the average annual growth rate, considering the analyzed period is from 1 January to 31 December. It coincides not only with the calendar, but is usually accounted for in the statistics of financial year. It is most convenient to take the baseline value, which will be determined by the growth rate of over 100%. Its value in absolute terms should be known on 1 January.
2
Determine the absolute values at the end of each month of the year (AP). Calculate the absolute values of growth rates (P) as a difference between the two compared levels, one of which will be the base value of the indices on January 1 (Po), the second values of the indicators at the end of each month (P):

Trsg = CB * 100%.
6
Using indicators of average annual growth rates for several years, you can trace the intensity of their changes during long-term period and to use the obtained values for the analysis and prognosis of the situation in the economy, industry and the financial sector.
Useful advice
In the analytical calculations of the same frequency are used and the coefficients, and growth rates. They have identical essence, but are expressed in different units of measurement.
Is the advice useful?
See also
Подписывайтесь на наш канал