How to speed up time

Time is a complex category, which can be interpreted in different ways, depending on which point of view you look at her. At the science level is a measurable physical concept, the measure of processes of the fourth dimension of our world. From the point of view of psychology time is subjective for each person and depends on his perception and awareness of changing events. He and the other approach allows us to suggest ways to speed up the time. 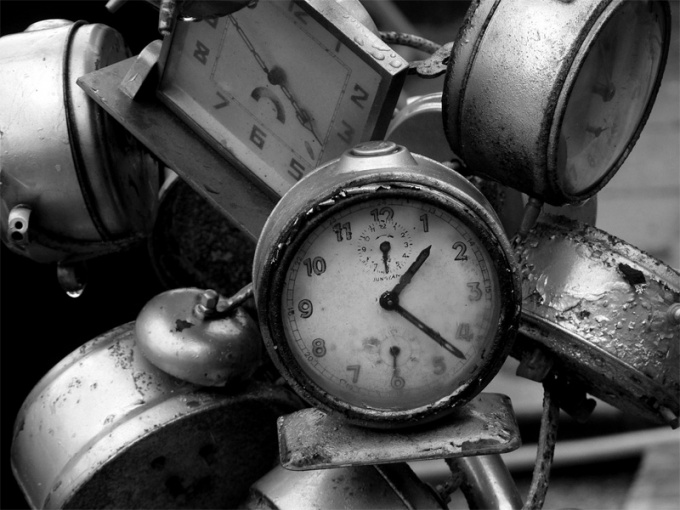 Related articles:
Instruction
1
From the point of view of relativistic physics, if one reference frame moves relative to the other, while it's flowing slower than in the stationary frame. This has been proven not only in theory but also in practice. So if you had a space ship that can move at relativistic speeds, you would be travelling on it, to slow down your time relative to the earth.
But our task is to speed up time. Imagine that you have spent in space, a year on Earth during this time would have passed much more time, say 10 years (can be calculated and the exact value of which depends on your speed and acceleration, you spend time the way). That is the year of time according to your watch it would be ten earth years. It turns out that time has accelerated. Thus, on the one hand you have slowed the time, and on the other hand for a certain period of time has passed more than usual, i.e., the time accelerated.
Source: V. Pauli "Theory Of Relativity", Moscow: Nauka, 1991.
2
From a psychological point of view, you always perceive time differently, some faster, some slower. When you stand in a long queue, it is almost not moving, in a compromising position also flies by. Therefore, to accelerate the perception of time must be doing something exciting: exciting date, extreme sports, solving interesting problems at work, relaxing with friends will accelerate your time. The main thing - not to fall into the trap of mindless fun when the time flies, and then you can't understand where it went.
3
Finally, do some meditation, with sufficiently developed skills, you can achieve the so-called Satori, the moment of pure existence in which time will cease to exist and you will find yourself in eternity. This is the most useful way of working with time that will open your eyes to the true state of Affairs in the world.
Is the advice useful?
See also
Подписывайтесь на наш канал