How to set the split gear

The split camshaft gear – timing element tuning domestic cars. Is installed instead of a solid gear and enables to change the phase timing of the engine in a narrow range. Allows "playing" with the phase timing, to adjust the operating parameters of the engine, slightly altering its capacity and traction. Tuning the split gear are produced for engines of cars VAZ and ZMZ-402. 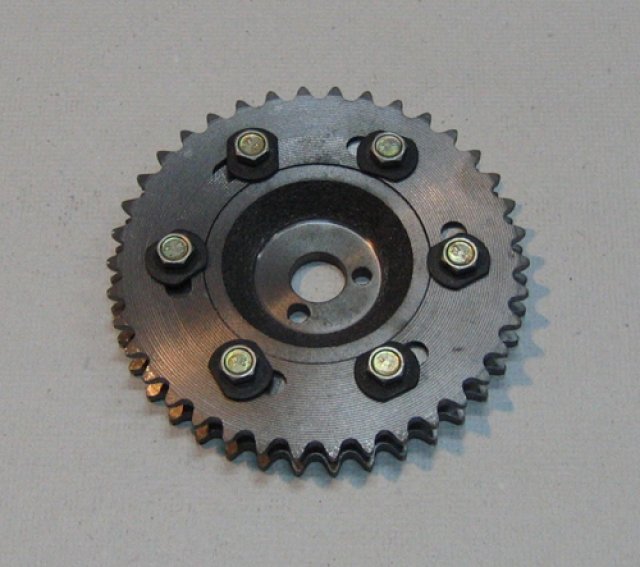 Related articles:
You will need
Instruction
1
To configure the split gear on the 8-valve engine VAZ-2108-2110, take this item in hand and draw on its movable and fixed parts of the label. The label is necessary in order to split the gear set is exactly the same as the standard. Install the split gear on the camshaft and put on her belt.
2
Check the alignment of all marks, including installation. To obtain the optimal (zero) camshaft position control: the intake and exhaust valves should be open at a certain (equal) the value specified in the design of the shaft. If not, loosen the outer bolts of the split gear and rotate the camshaft relative to the outer gear parts to put it in the right way.
3
Putting the zero position of the camshaft, conduct additional phase correction of gazoizmeritelnye. While rotating the camshaft relative to the crankshaft during rotation to improve traction on lower and medium engine speeds. If you turn the camshaft in the opposite direction, you can get more power. If this is not worth it to go from the starting point by more than ½ of the tooth on the pulley. In the case of adjusting the carburetor of the car after each rotation of the camshaft re-set the ignition timing.
4
To configure split gear on 16-valve engines VAZ-2110-2112, install the camshafts with split gears. Focusing label of the standard gears to approximately adjust the valve overlap. The pistons I and IV cylinders move to TDC and slide the timing belt. Install the gauges and the bar (these indicators define the movement of the valves and TDC). Alternately, find the closed (zero) position of exhaust and inlet valve of cylinder IV. Then, using cut gears and indicators adjust the overlap of intake and exhaust valves. Tighten the bolts-the fasteners on the split gears. Assemble the engine and do a control ride.
5
Setting the split gears on the 8 valve classic automobiles. Installing the camshaft with a split gear, using a label of the standard gears to approximately adjust the valve overlap. The pistons I and IV cylinders move to TDC and put the timing chain. Install dial indicators, twist their legs to the rockers.
6
Alternately setting the closed valve position I of the cylinder and the exact position of TDC, set the required valve overlap at the split gear. Don't forget about the values of gear ratios rockers and a point on the rocker, which rests on the indicator. It will make adjustments in the ceiling. If you install ravnovesnogo camshaft, just find its zero position (when all the valves are open the same), ignoring the values of the multipliers rockers. Fix the split gear, assemble the engine and crank.
Is the advice useful?
See also
Присоединяйтесь к нам
New advices