How to extract gold

People are engaged in gold mining since ancient times. Even during the Neolithic age, ancient people began to attract the precious metal, which is often found intact nuggets. And as of now get the gold, when gold nuggets on the Ground is almost gone? 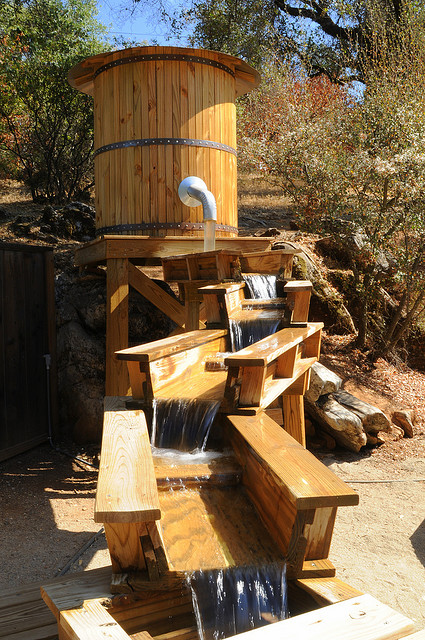 Related articles:
Instruction
1
Gold is a soft yellow metal. This metal is quite heavy and at the same time kovok. For example, from 1 gram of gold can be pulled out the thinnest wire that will reach as much as 3 km, or to make the foil smaller in thickness than a human hair is 500 times. Let us but the main issue of this article.
2
In the land of the gold content in its pure form is very low. Scientists have found that if the gold is distributed evenly in the earth's crust, tons of earth could be set aside only 2 grams of gold. In water of gold is too little.
3
Mined gold in different ways. But all methods of gold mining (both industrial and non-industrial) based on its physico-chemical properties.
4
Flushing is the most common method. Based on the high density of the metal. While the rest of the metals and the sand washed with water, gold is deposited directly in the tray. Gold wash – a very long and tedious process, so it is widely used basically in the developing countries. On the other hand, this method came first. It does not require any financial investment.
5
Amalgamation. This extraction method is based on the ability of mercury to readily enter into compounds with gold. Gold ore for that pulverized, then put in the mercury. It turns out the amalgam (mixture of mercury with heavy metals). Next, this mixture is treated in a special way, removing mercury compounds from gold and separating them. Good method, but it presupposes the existence of expensive reagents and equipment. In addition, mercury vapor is poisonous.
6
Cyanidation is based on the ability of most of hydrocyanic acid and its salts to dissolve the gold itself. Delve into chemistry will not, because this method is not exactly "threaten" ordinary prospectors-lone. We can only add that gold can dissolve more "Aqua Regia", a mixture of concentrated sulfuric and nitric acids.
7
There are several ways, such as regeneration and others, but these methods assume generally expensive experiments with chemicals. It turns out that to extract gold, we can only fashioned way: sitting on a pebble tray in my hands and scrubbing the gold bit by bit.
Is the advice useful?
See also
Присоединяйтесь к нам
New advices