The area of a triangle can be calculated in several ways depending on which value is known from the conditions of the problem. If the base and height of triangle area can be found by calculating the work of half the base into altitude. In the second method the area is calculated using a circumscribed circle about a triangle. 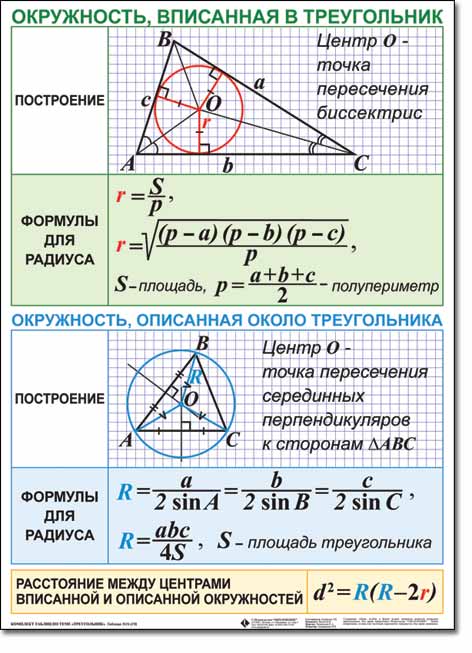 Related articles:
Instruction
1
In problems of plane geometry is necessary to find the area of a polygon inscribed in a circle, or described about him. A polygon is considered to be described about the circle, if he is outside, and its sides touch the circle. The polygon inside the circle is considered to be inscribed in it, if its vertices lie on the circumference of the circle. If in the problem given a triangle inscribed in a circle that all three vertices touch the circle. Depending on what is considered a triangle, and selects the method of solving the problem.
2
The simplest case occurs when the circumference of the inscribed regular triangle. Since such a triangle all sides are equal, the radius of the circle is equal to half its height. Therefore, knowing the sides of a triangle, find its area. To calculate this area, in this case, you can use any of ways, for example:
R=abc/4S, where S is the area of the triangle a, b, c be the sidelengths of triangle