One of the most complex and interesting characters in the popular game Lineage 2 Warcryer is the representative of the mystical half-Orc race. Without being cooked , none of a full band. But in order to vark to fully fulfil its potential, it needs to be pumped. 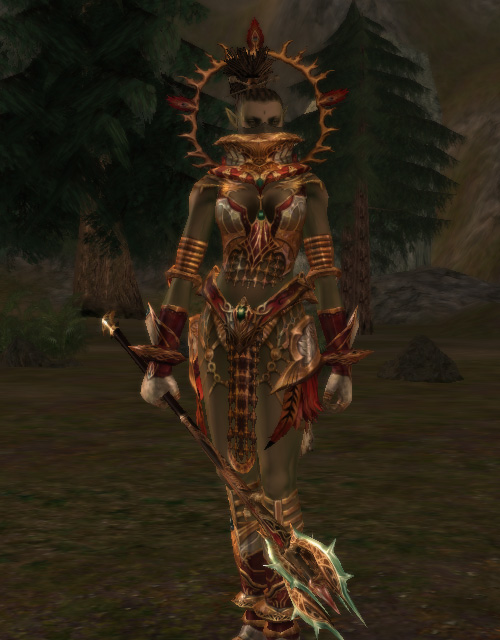 Related articles:
You will need
Instruction
1
Bleed of the future being cooked up to 21-22 level, taking the first profession. Once you create an Orc mystic will move to the village of the Kamael. This can be done using a special scroll of teleport, put all characters in your inventory upon creation. In the village of Kamael complete a series of quests issued by NPC "Marcellus". Teleport to Orc village, go to the NPC "Assistant Secretary. Follow the wizard instructions to guide you through the beginning racial quests. After completing the quest, your character level will be equal to 18. Next, go on a quest for the first class. Then complete the quest "Path of destiny" and set the "Disturbing news". The level will rise to 21 or 22.
2
Increase the character level to 40, this will do the job for a second profession. Get your weapons, armor and jewelry Weapon level D. should take special coupons, obtained during the first shift of the profession. Armor and jewelry can be bought in the shop of weapons and armor. At this stage, to cooking makes sense to buy heavy armor and physical weapons (two-handed club, dual swords).Hunt the monsters whose level is approximately equal to character level. Locations with the proper monsters can be found under "hunting Zone" of the overall card.
3
Purchase a pet wolf. Go through the quest to get a special ticket to exchange for a pet. This task is taken from the Manager of Pets in the city of Gludio. Exchange the ticket for the wolf.
4
Download cooking to obtain a level 52. Buy armor, jewelry and weapons grade C. Learn everything possible buff. Hunt monsters your level to gain experience. When hunting call of the wolf for the exercise of his pumping.At this stage it makes sense to buy a set of light armor Plate Leather Set" because of its bonus conversion characteristics. Jewelry and weapons can be "shadow" or "normal". Of the weapons you can choose two-handed cudgel non-core or dual swords.
5
Prepare for the development of cooking to 61 level. Change weapons and armor on items grade B. Convert pet wolf, "great wolf." Buy the wolf and buy ammunition.
6
Bleed cooking to 61 level. Hunt appropriate monsters using wolf. Before hunting, call pet and cast an amplifying spell. While hunting do first strikes to attract the aggression of a monster by yourself, and then send in the attack of a wolf. Good places for development in this period can become necropolises and catacombs. Also try to find a group for the joint pumping.
7
Bleed your character to the 76 level. Try to implement the pumping primarily in the group as a "buffer" (the magician support, subject-enhancing spells). To do this, purchase the magic armor Crystal of Darkness and a magic weapon with acumen SA. This may be a "Homunculus Sword" or "Sword of Valhalla".In the absence of group, you can still develop a character solo. This would require "a Set of Tallum Heavy Armor and two-handed club grade A. As a group, and solo-leveling it makes sense to call the wolf.Sometimes pumping can be the Garden of beasts" (61-72 level), "Abandoned workshop" (70-76), "Camp silenos Varka" (74-78).
8
Complete a series of quests for the third profession. Some quests you can perform for another 74 level. At 76 is to complete the change of profession.
9
Continue to download cooking up to level 85. Effective pumping in this period is only possible in the full group as a mage support. Don't forget to call the wolf to increase the overall DPS of the group. By increasing the level of upgrade jewelry, armor and weapons for items of grade S, S80, S84.
Is the advice useful?
See also
Присоединяйтесь к нам
New advices