How to make a Glossary

You write a term paper or essay, and your supervisor from you Glossary. What it is and how it correctly to make? A little perseverance and care - Glossary ready. 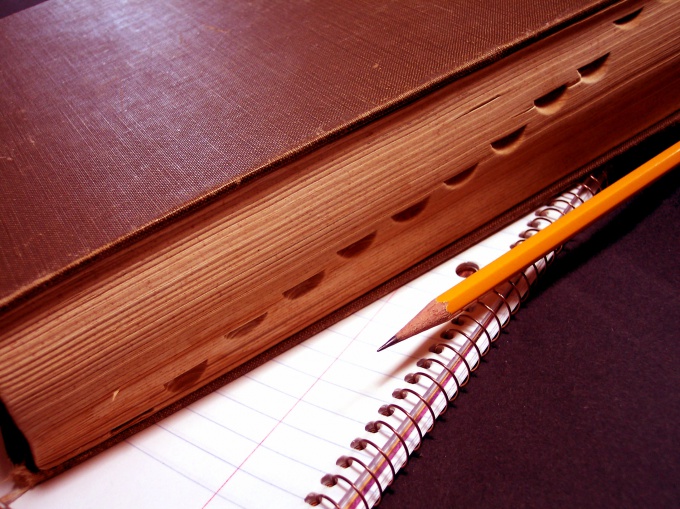 Related articles:
Instruction
1
A Glossary is a dictionary of certain concepts or terms that share a specific theme.
This term comes from the Greek word "Glossa" which means tongue, speech. In Ancient Greece, a gloss called unknown words in the texts, the interpretation of which is given next in the fields. Meeting of Glossop later came to be called the Glossary.
2
What is the purpose of a Glossary?
The Glossary is necessary in order that anyone reading your work could easily to find an explanation for tricky words and complicated terms, which is also teeming with your document.
3
How to make a Glossary?
Start, carefully read and familiarize yourself with their work. Certainly, you will find a lot of different terms which are available on this topic.
Once you have identified the most common terms you need to list them. The words in this list should be arranged in a strictly alphabetical order, as a Glossary represents not that other, as a dictionary of specialized terms.
After that, work begins on drafting the articles of the Glossary. Art Glossary is a definition of the term. It consists of two parts:
1. the exact wording of the term in the nominative case;
2. contents volume reflects the meaning of the term.
4
In compiling the Glossary, it is important to adhere to the following rules:
- aim for maximum accuracy and reliability of information;
- try to specify the correct scientific terms and avoid any kind of jargon. In case of the use thereof, give a concise and clear explanation;
- presenting several points of view in the article about the controversial issue, do not take any of these positions. The Glossary is just a statement of existing facts;
- also, don't forget to give an example context in which can use this term;
- if desired, the Glossary can include not only a few words and terms, but entire phrases.
Is the advice useful?
Присоединяйтесь к нам
New advices