How to read people's behavior

The behavior of people is a complex physiological act. Human actions can depend on two components. The first is own personality traits formed in the process of human life. The second is the influence of the momentary situation, which causes a certain impact on personality. Human behavior can be roughly represented as a sum of the words spoken with a certain intonation, gestures, facial expressions and overall physical activity. Learning to read these characters, you can understand who you are dealing with. 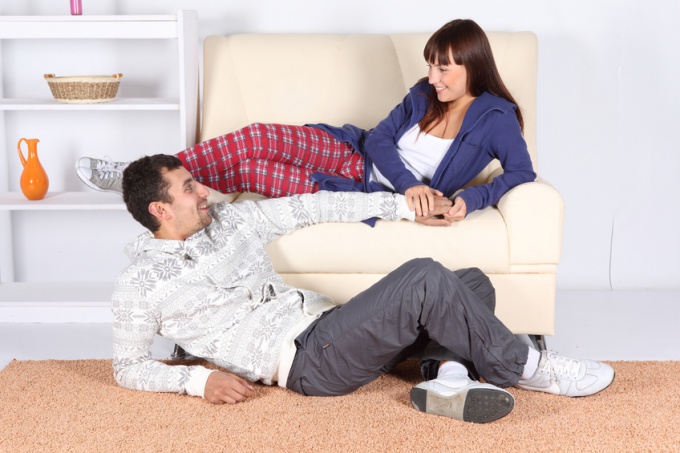 Related articles:
Instruction
1
Pay attention to words and intonation. Out of all the components of human behavior they are the most obvious and intuitively perceived by the interlocutor. However, despite its apparent simplicity, these components of behavior are the most insidious. Very often it is said does not match what the person really feels.
2
Examine the facial expression of his companion. There are many nuances of facial expressions to determine mood of a person. Raising eyebrows are the expression of surprise, and their sharp intelligence says about the aggression, tension, thought. Facial asymmetry often indicates skepticism, doubt, in some cases, expresses the mockery of the source.
3
Let's see how the interlocutor looks at you. Avoidance of eye contact may indicate embarrassment, shame or embarrassment felt by a person during a conversation on the subject. On the contrary, overly long eye contact indicates possible anger, aggression, or trying to apply psychological protection. People tend to look in the eyes when you listen to him, not when they say themselves. If the person tries not to look at you, it's possible that he's hiding something.
4
Watch the hands. Open hands indicate trust and openness between the interlocutors. On the contrary, crossed arms or legs chained to the castle's fingers – an attempt to defend a closed position. Crossed his arms – a strong position, emphasizing the steadfastness of human opinion. Remember, it is this gesture in the sight of the teenagers, when you listen to older sermons.
5
Watch the way they walk. The man who walks fast and gesturing with his hands, has a clear goal and feels strong enough to implement it. If the person keeps his hands in his pockets, even when it's warm – he's secretive and likes to suppress others. Unbuttoned jacket says about the openness and complete trust. The position of the hands when walking on the hips would indicate a person prone to impulsive acts. Shuffling gait – the expression of uncertainty and confusion.
6
Pose of a man. One should not perceive the interlocutor as a set of individual elements of facial expressions, look at how pronounced the suitability of individual gestures to each other and the General body position of the interlocutor in General. For example, confined to the castle hand and foot, thrown back on his leg, talking about the critical attitude of the subject to what is happening. Easily recognizable also poses flirting – men is widely spaced legs in the standing position, index fingers behind the strap. In women, this is the hand lying on his leg, gracefully arched back.
Note
In order to make a complete judgment about a person's character, not enough of a single observation. You need to monitor it closely in different situations, to conduct a more detailed analysis of the traits of his personality.
The gestures of the person can tell about his intentions, inner mental attitude. The correct interpretation of the observed phenomena allows us to avoid mistakes and disappointment in the person.
Useful advice
Getting to the interpretation of the behavior of the interlocutor, remember that many gestures are fundamentally different in men and women. So, a handshake for men – expression of confidence, the possibility of finding joint solutions for women – an attempt of application of the protection. Hand applied to the chest – a flamboyant gesture of openness in men, and an expression of confusion and fear in women.
Is the advice useful?
See also
Подписывайтесь на наш канал