How to interpret the test results

To determine the cause of the disease often requires laboratory diagnosis. The tests shown in almost all patients and the most popular one is the urine and blood. But the majority of patients faced with being unable to interpret their results. 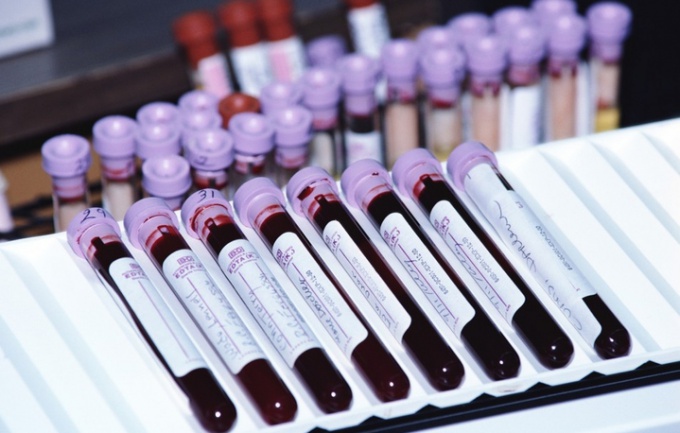 Related articles:
Instruction
1
General blood analysis is an important method of examination for most of the diseases. The results of this analysis it is possible to judge those or other changes in the body. Deviations from the norm may indicate hematological, inflammatory and infectious diseases. Interpretation of the results depends on the patient's age, as different age groups, the reference values are different.
2
Lowering the level of hemoglobin, usually seen in anemia. But its increase usually indicates dehydration. The norm for newborns 134-198 g/l, to three months of a child's life there is a physiological decline in hemoglobin levels to 94-130 g/l. the Norm for children from 4 months to 12 years in the range of 110-140 g/l, but then the result interpretiruya by gender. The level of hemoglobin in women normal is 115-150 g/l and in men, 120-160 g/l.
3
The increase in the number of red blood cells often indicates polycythemia caused by dehydration. But sometimes the cause may lie in more serious diseases, such as cardiac or respiratory failure, and polycystic kidney disease. The concentration of erythrocytes is reduced in anemia. Normal number of red blood cells for infants is considered 3,90-5,90 million/µl, then the figure slightly reduced to 3.30 to 5.10 million/MCL, and from 4 months to 12 years, the reference values are 3,80-5,00 million/µl. Later, the rate among women remains at the same level as in children, and in men the rate increases to 4.10-of 5.70 million/µl.
4
The increase in the number of platelets observed in hemolytic anemia, after massive blood loss caused by trauma or surgery, and in infectious and inflammatory diseases. In rare cases, the excess can be observed in cancer. Platelet count decreases in hematological and autoimmune diseases, as well as bacterial infections. Special mention to pregnant women, which also noted a slight reduction in the level of platelets. The norm is the level of platelets in the range of 150-400 thousand/MCL.
5
The increase in the number of leukocytes may indicate an infectious-inflammatory diseases, intoxication, malignant tumors and hematological malignancies. But sometimes the white blood cells increase as a result of injury, exercise and surgical treatment. Anemia, autoimmune diseases, exhaustion and diseases of the circulatory system may cause the decrease of the concentration of white blood cells. Leukopenia also occurs when taking certain medications such as antibiotics or cytostatics. Normal WBC is considered 4,50-USD 11.0 thousand/ál, but in children reference values may be slightly above 6.0 to 14.5 thousand/µl (and the kids even up to 17.5).
6
The erythrocyte sedimentation rate (ESR) varies depending on various factors. ESR acceleration can be observed in inflammatory diseases, various infections, autoimmune diseases, injuries and fractures, after a significant blood loss, tumors and certain other diseases. Dieting and during pregnancy (in some cases), erythrocyte sedimentation rate slows down. The norm indicators in the range of 0-12 mm/h.
7
A urine sample is assigned to exclude diseases of the urinary system and to assess the General condition of the patient. Normal urine is yellow in various shades, but in the presence of salts, the colour of urine may change. Partial transparency of the sample can indicate the presence of leukocytes, erythrocytes, bacteria, salts and some other problems. All of this is a deviation from the norm and requires monitoring and possible treatment.Specific gravity of urine normally is 1003-1035 g/l. Deviation in a big way happens with diabetes, the presence of protein in the urine and dehydration. The decrease in relative density observed in diabetes insipidus, kidney failure and lesions of the renal tubules.Protein in urine in the norm should not be available. Its appearance may indicate urinary infection, tumors, nephropathy, glomerulonephritis and some other serious problems.Glucose must also be absent. Its appearance in the analysis first indicates diabetes, but may be a symptom of other diseases.The presence of ketone bodies in urine can also indicate serious problems, such as diabetes, intoxication, eclampsia and prekomatosnoe condition. But sometimes ketonwrïya may occur after severe fever or prolonged fasting.Red blood cells in the urine should be absent. The appearance of blood in the sample does not indicate anything good. Infections, kidney stones and tumors are only a small part of the problem in which there is hematuria.Leukocytes in an amount of more than 5 in field of vision indicate inflammation and other acute and chronic diseases of the genitourinary system.Salts and bacteria analysis should not be. But the mucus in the urine is permitted in small quantities.
Is the advice useful?
See also
Подписывайтесь на наш канал