How to draw a hockey player

Children usually come in hockey for 7-8 years. And those who do not play hockey, at sports clubs and schools, happy to chase the puck in the winter on the yard rinks. Popularity has and table the game of hockey. It can be played by both children and adults. To draw favorite hockey player dreams of any boy. To realize his desires on paper is quite simple, the main thing - attentively and with pleasure to paint. 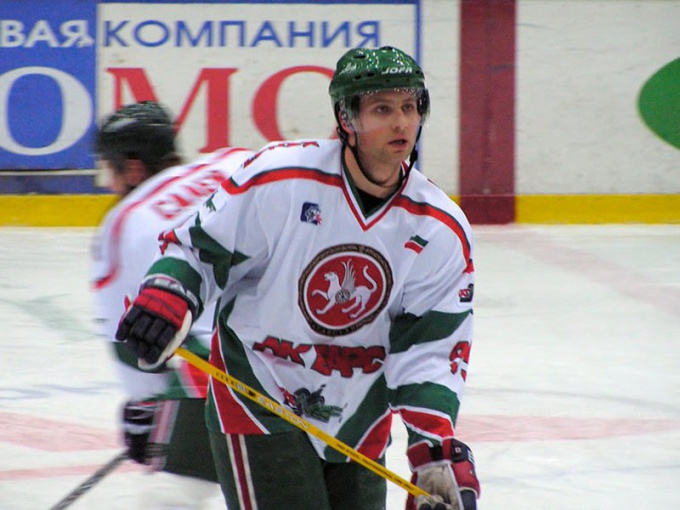 Related articles:
You will need
Instruction
1
Consider the approximate pose and shape of your hockey player. Draw on paper with pencil vertical centerline. This is the middle figure of the hockey player.
2
Horizontal lines mark the areas of the head, torso and legs of the hockey player. Please remember that the estimated growth is 8 values the height of his head. Along the vertical axis mark the width of the figure of the hockey player and the length of his arms.
3
Draw a circle at the top of the centerline, you later he'll draw the head. Draw a large circle on the section of the torso of a hockey player. The diameter of the circle should be equal to the width of the shoulders of a hockey player.
4
The area of legs of a hockey player divide into three parts the height. In the largest part draw elongated ovals of the hips of the hockey player, below, draw ovals for the calf muscles, and in the last part of the draw the circles for the feet and skates.
5
On both sides of the circle of the torso, draw ovals to draw hands, just as you drew the legs. Connect the smooth dashed line circle to the chest of hockey and the outer lines of the ovals of the thighs, calf muscles, feet.
6
Also connect the shoulders on the upper side of the circumference of the torso with the outer lines of the ovals hands. Circle the sharper the outline of a hockey player with a pencil. Unnecessary auxiliary lines erase with an eraser.
7
Divide the circle of the head of the hockey player in half. The upper part paint in red pencil. It will be a hockey helmet. On the bottom of the sketch grid. Did you make the mask hockey player. On top of the contours of the hands, draw the sleeves of his sweatshirt. Instead of brushes, draw a rectangular hockey gloves. And again erase the unnecessary lines with the eraser tool.
8
Sweatshirt length must be to mid thigh shape. Draw it straight lines over the torso of a hockey player. Invisible waist line and thighs, remove the eraser. Paint a sweatshirt in your preferred colour. Draw on it the figures - the number of your player and write his name in English letters.
9
Sweat pants paint in the same color as the Jersey. On the spot foot hockey draw shoes with skates. Paint the boots and gloves in dark brown color. Draw a stick in one hand. Observe when drawing the required proportions. Paint the stick the color you want. All, the player is ready.
Note
The uniform of the player consists of a hockey suit with antitrauamtic pads in the elbow and knee areas of hockey skates and a hockey helmet with a mask.
Is the advice useful?
Присоединяйтесь к нам
New advices