What can you make out of paper

Today, the shops of toys and gifts are full of variety and abundance of choice, and it seems that to impress your friends or entertain kids craft impossible. But this is not so. Most children and adults still like toys made with their own hands. 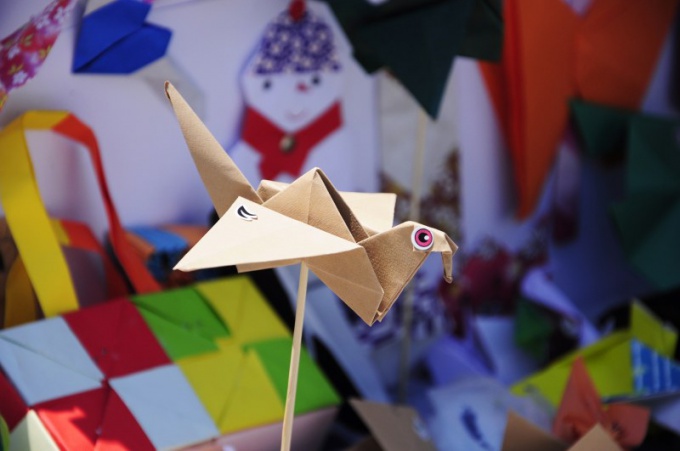 Related articles:
You will need
Instruction
1
Of paper can make many different craft projects. Just pick the option that fits you and really like it. The simplest and, at the same time, the most diverse form of paper craft is applique. For its production need to take a paper-based, multiple sheets of paper of different textures and colors, glue and scissors. For the storyline, you can take any existing image or create your own.
2
Using a thin paper such as paper napkins, you can master the technique of decoupage. Its essence lies in the fact that the surface of any subject, for example, of glass or of wood glued paper picture, which is then covered with acrylic varnish for protection against moisture and fading.
3
Some things can be made from paper without using glue. It can be DIY, made in the technique of origami and kusudama. First made first from square sheets of the same color. Today origami is a simple, modular and wet. Now for craftsmanship are used rectangular, five-, six - and even octagonal plates. In the technique of kusudama from the individual modules are the most beautiful balloons that you can originally decorate the interior. A large number of diagrams with instructions for the manufacture of such articles can be found online. The simplest of them like tinkering with children.
4
Interesting activity such as kirigami and Pop-up. Kirigami is a variation of origami, in which acceptable cutting paper with scissors, and Pop-up technique which combines elements of kirigami with the folding volume of paper structures in a single plane. Made so the card resembles a flip book with three-dimensional image.
5
Recently has become popular quilling. According to the rules in this technique are made of paper, twisted into a small spiral, creating flowers and different patterns. In consequence they decorate picture frames, greeting cards, gift wrapping. Need only paper, scissors, glue and a knitting needle for rolling paper.
Is the advice useful?
Присоединяйтесь к нам
New advices