Where to play Andrey Arshavin in the new season

Andrey Arshavin - one of the famous Russian players. Before Euro 2012 he was considered one of the most promising players, despite the fact that he is already 30 years old. However, the defeat of the Russian team at Euro was so unpleasant and unexpectedly fast that Andrew was not included in the composition of the new team. In this regard, and also with the rumours that Arsenal want to sell his midfielder, there were questions. The main one will play Andrey Arshavin in the new season. 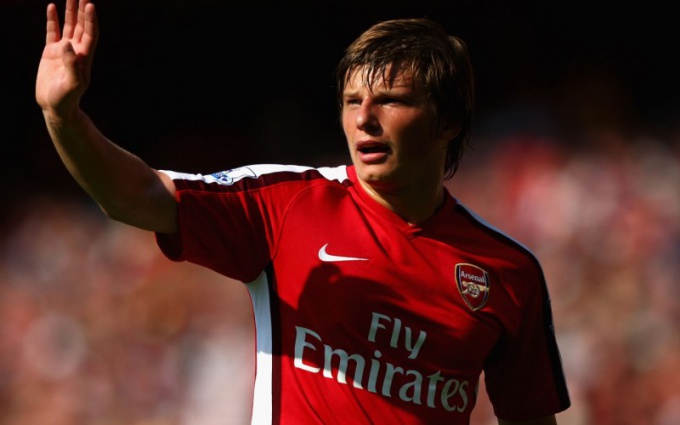 In February 2009, Arshavin moved to the London football club "Arsenal", in which he listed and still. However, in this football club his career as a player went down. This is due to the fact that he began to miss balls, his output on the field ceased to yield favorable results, and in the end he just 4 years has turned from the best player of the UEFA Cup at worst.

In connection with such changes, as well as a phenomenal defeat of the Russian team at Euro 2012, the management of "Arsenal" was strengthened in his mind to sell such a hopeless player, who they acquired for a lot of money.

Today, the career of the 31-year-old footballer is questionable. He can not forgive Russia's defeat in the Championship and boorish remarks to the fans after the loss. Before Euro 2012 the St. Petersburg football club "Zenit" was thinking back to Arshavin himself. As the first half of 2012 he spent playing for the club on loan (Arsenal gave Arshavin at the time), and had a productive few matches won, he wanted to buy back. There was a speech about the contract of $10 million, However, after all the errors that were made by Andrew in the summer of 2012, this idea decided to refuse.

The next attack on the player was the failure of the new head coach of Russian national team extend relationship with Arshavin and as a player and as a captain of the team. In this regard, a situation when the participation of Andrey Arshavin in the new football season remains open.

Go to your club, Arshavin was offered and the Moscow "Dynamo". However, he refused. Experts claim that the career of Andrew rapidly heading for sunset. However, these for some reason do not care. Experts of the football world claim that the player need not throw sentences, and to choose where to go. Because at Arsenal he is unlikely to play, and in the winter to find a new club to be problematic. This situation threatens the player loss of valuable time - he will be without practice for six months. Taking into consideration the fact that that means Arshavin is not so young, this may force it to "hang up my boots".