How to get an excursion to Ostankino TV tower

Ostankino tower is a remarkable feat of engineering second half of the 20th century. This is one of the main symbols of Moscow. With about 540 meters high, the tower crumpled takes pride of place in the world among the skyscrapers. It should be noted that more and more high buildings were built later than the tower, which made the world a stunning effect, and their creators have tried to surpass it in height. 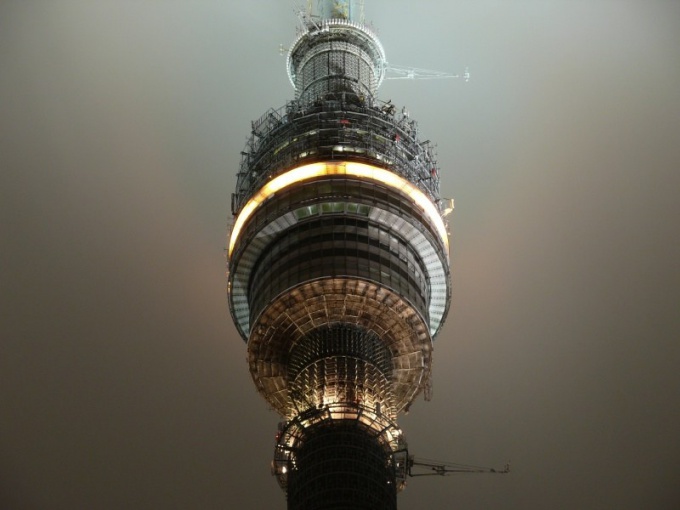 Related articles:
The tower was built by an outstanding architect and structural engineer Nikolai Nikitin. Its construction was 4 years, from 1963 to 1976. N. In. Nikitin was a very bold step: refused deep and very solid Foundation that will accelerate and cheapen the construction. The Foundation of the Ostankino TV tower is relatively small; this was achieved using the original design. Weight wide conical base of the tower is many times greater than the mass of thin and high mast transmitter, and 10 wide base supports allow to achieve a relatively low ground pressure. Ostankino tower immediately began to attract many visitors. Its observation decks offer stunning views of Moscow. The tourists were delighted, getting a lot of impressions. Many Muscovites and guests of the capital also sought to visit the restaurant "Seventh heaven", which occupied three floors in height from 328 to 334 meters. 27 August 2000 the tower was destroyed by fire. Fortunately, it was extinguished, to prevent the collapse of the towers. In 2008 she resumed the tour. To get to them, you must purchase entrance tickets. It should be noted that if the observation deck wants to attend organized group, numbering more than 10 people, for example, a school class, members of any company, public movement, etc., then tickets must be booked in advance. This can be done by phone 8 (495) 926-61-11 or by sending an order by e-mail 337m@tvtower.ru. The person who wants to organize a tour for groups over 10 persons may also make this order in person, appearing from 10-00 to 19-00 administrator tour of the tower housing. The same people who wish to visit the TV tower in private or in groups numbering less than 10 people, may purchase tickets on the first floor of the administration building (entrance via entrance # 2). Tickets are sold daily from 9-30 to 19-30. A glassed observation deck is located at an altitude of 337 metres and open at an altitude of 340 metres. Tourists get there by using elevators (lifting speed of 7 meters/second).
Is the advice useful?
See also
Присоединяйтесь к нам
New advices