How to celebrate Canada Day

Canada day is a canadian national holiday, celebrated annually on July 1 in honor of the signing of the 1867 act British North America. The act United Canada as a single country and marked the beginning of its statehood. 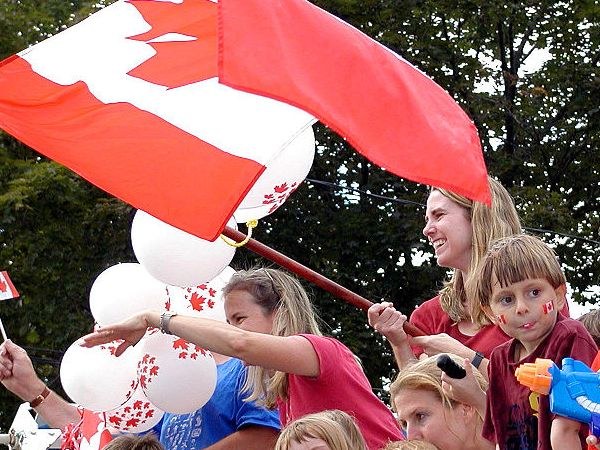 Canada day – summer holiday, so the mass celebration is usually held outdoors: parades, theme festivals, carnivals, barbecues, fireworks, air and sea views, free concerts. This day is also often held a ceremonial signing of the oath of the citizen for people getting canadian citizenship. Canada day is celebrated July 1, except when this date falls on a Sunday. Then a day becomes 2 July, but the celebrations usually take place on 1 July.

The standard of celebration of Canada Day does not exist, but the festivities traditionally becomes Ottawa – the capital of the country. Here on Parliament Hill are arranged large concerts. Festive events and performances are also held in most parks and squares in the old part of the city. On a national holiday in Canada can visit the official head of state is the British Queen. Elizabeth II was present at the Bottom of Canada in 1990, 1992, 1997 and 2010. She also participated in the celebration of the centennial of the canadian state on 1 July 1967.

The national character of the festival is tension between Canadians of Anglo-Saxon and French origin in a French-speaking province of Quebec. Sometimes to this day time their performances fighters from the Movement for the secession of Quebec. However, serious clashes of protesters with police in recent years was observed.

Canadian citizens outside the country, arrange for the celebration of Canada Day in Trafalgar square in London, Sydney, Hong Kong and some other cities. The maximum span of the occasion reach the cities of Detroit, Michigan, USA and Windsor, Ontario, Canada. With the 50-ies of XX century, it celebrates the international Freedom Festival that combines the celebration of Canada Day and U.S. Independence Day (July 4).