How to avoid car accidents

As a result of road accidents killed and seriously injured thousands of drivers and passengers. To reduce the risk of getting into a traffic accident, you must comply with on the track with extreme caution. 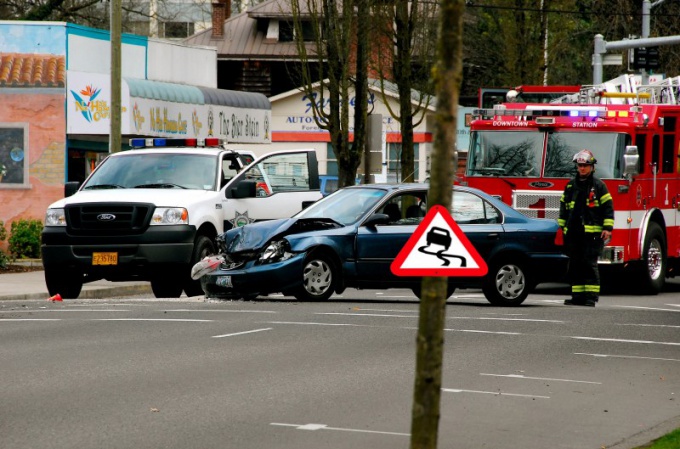 Related articles:
Instruction
1
Among the reasons of road accident with heavy consequences include: speeding, violation of rules of journey of pedestrian crossings and intersections, driving while intoxicated and driving into the opposite lane.
2
The feature of country ride — exceeding the city speed by two, three or more times. Increasing the speed of the vehicle, increase the distance between vehicles. If he blow a tire or a sudden fall off the wheel, you will have the opportunity to make a safe stop.
3
When moving with a speed of 80 km/h stopping distance is 63 meters, at 100 km/h, this figure increases to 92 meters. Safe stop when driving at a speed of 120 km/h is possible if the object distance is not less than 150 meters. These numbers are relevant for roads with one or two lanes, where few opportunities for manoeuvres. Driving on wet roads, increase the distance by a third.
4
When driving on three-lane road, consider not only the distance to the vehicle ahead, but the position of the machine in the stream. Move the middle row, trying to get a good seat to the left, right, front and back remained free space. Then, in the event of an emergency will be able to make the maneuver by turning the steering wheel right and left. Even if you have to resort to sharp braking, the driver of the car, moving behind, will have time to react.
5
Demonstrate active safety, ie constantly be prepared for a sudden emergency situation. If the road POPs up a pedestrian, you have to take the position behind the wheel, in order to make a defensive maneuver. Mentally control not only his but also the vehicles of others, tracking their actions and signals. If the car is going on four or five cars ahead, was filed by brake lights, get ready for a sudden stop the vehicle, walking in front of you.
6
Be very careful when driving behind taxis. It happens that van, changing from the third row in the first, slow, to pick up a hitchhiker man. The most dangerous points are placed at the entrances and exits of settlements, close to shops, markets and stations. In these places there is a risk to knock down pedestrians, scurrying near the road and crossing a busy road.
7
Ensure that the headlights were adjusted. If you often travel at night, set the active rear view mirrors that are darker at the direction to them of the light beam. Because after having for a long time to look at the road eyes are tired.
8
The higher the speed, the faster you will get bored at a speed of 90 km/h fatigue occurs after 3.5 hours at 110 km/h after 2 hours. Given the poor lighting, the risk of getting into an accident increases many times. Better transfer trips in the morning.
Is the advice useful?
Присоединяйтесь к нам
New advices