What is a hernia of the spine 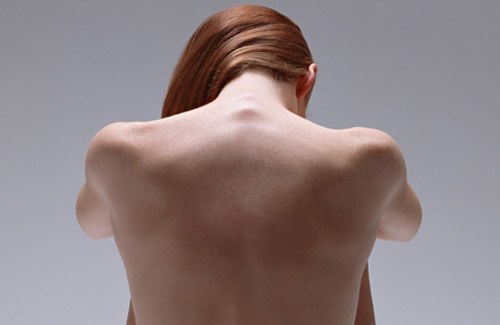 Intervertebral hernia - stage of the degenerative process occurring in the spine, characterized by protrusion of the intervertebral disc outside of the spine with rupture of the fibrous ring. In other words, the output of the disc beyond its natural borders.

Gradually herniated discs compress (without prejudice) the nerve roots, which leads to persistent pain not only in the area of the damaged disk, but in other parts of the body. Depending on the location of the hernia it could be legs, arms, head, shoulders.

The main reason for the development protrusion and hernia of the spine is osteochondrosis. Time untreated the disease continues its development and sometimes leads to irreversible processes of destruction in the intervertebral discs. Low back pain can appear even in young people at the age of twenty years. It is often the result of injuries, overuse, excess weight, curvature of the spine, incorrect posture.

Another reason for the development of a hernia - a change in the structure of the intervertebral disc. It feeds by surrounding muscles, so excessive loads on them, uncomfortable static position, and even emotional stress contribute to the development of degenerative processes in the disk. Decreases the amount of fluid, and hence its elasticity. Gradually, the thickness of the disc decreases, the structure of the fibrous ring is broken and because of the reduction in its strength gradually formed a hernia.

The signs pointing to the already formed protrusion or a herniated disc can be pain in the damaged disc, numbness surrounding the limbs. Usually the pain is worse when bending. The most dangerous part of the spine - cervical, and in the formation of this hernia you will feel not only neck pain but also headaches, dizziness, pain in the arms and shoulders, numbness of the fingers, the sharp jumps of pressure.

Hernia is the bulging of the disc at a distance of more than five millimeters (in the cervical spine - more than three). If you feel at least a few of the above symptoms, you should consult a doctor. Possible damaged disks are still at the stage of protrusion, that is, a smaller protrusion without rupture of the fibrous ring, and you have a chance to recover them in a short time.