How to distinguish a fake toilet water

Perfumes are always in demand. Almost everyone uses one or other perfume agents. The most common means toilet water. She enjoyed men and women of all ages, regardless of income. But the popularity of the toilet water has a downside - a huge number of fakes. Let's see how you can distinguish a fake toilet water from the original upon purchase. 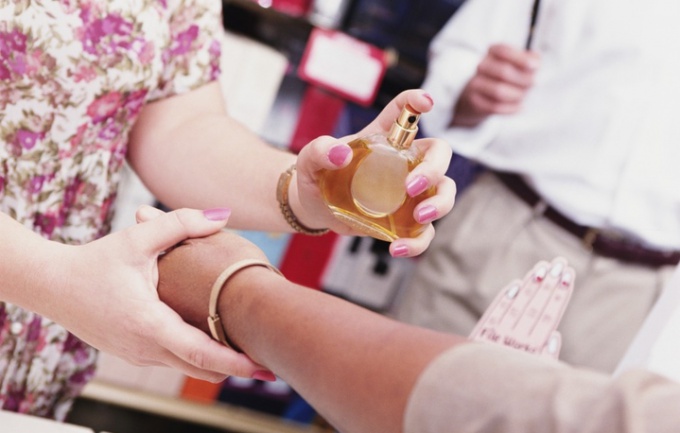 Related articles:
Instruction
1
The main reason that fakes are so easy to sell under the guise of the original, is the eternal desire of man to save. Therefore, when buying first of all find out the average price you bought the toilet water, and if your purchase is worth far less on 50 percent or more is likely a fake. The exception is online shopping where all goods are much cheaper due to savings on rent of halls and sellers, but even there, the savings may not be more than 25-30 percent.
2
More types of sellers of fakes coming up for names such as "customs confiscated" or "produced under license", explaining the absence on the packaging of toilet water necessary marks and names. Of such goods is simply no - this is the usual counterfeit.
3
The most serious forgery can be distinguished by the name and packaging design. Such counterfeits are usually intentionally misspelled trademark, or lightly distorted logo of the manufacturer of toilet water. For example, free water may be called "Lakoste" instead of "Lacoste". The logo is distorted when it is turned by, his color changed, or it is missing altogether.
4
Forgeries of the higher class are usually completely mimic the original, and to distinguish a fake toilet water in this case is much more complicated. First of all, can differ the quality of the packing material and printing on it. The fakes usually almost flat (unlike the original relief) printing, paint may be lubricated with plain water. A plastic film sealed fakes in most cases uneven, the seams are rough and of different widths.
5
Inspect the bottle - it is best to give a fake. They have a tube of spray is not the same as the height of the bottle and rests at the bottom. The cap is the "samopal" made too rough, and sits loosely on the bottle.
6
Glass bottle with original toilet water itself is colored and the coloring does not need, and if you see that the paint is applied on top of glass - is almost completely fake.
7
As you can see, signs of this toilet water is enough to distinguish it from the cheap fakes. Be careful when buying, and then it will not bring you bitter disappointment instead of the expected luxurious flavor.
Is the advice useful?
See also
Подписывайтесь на наш канал