What to plant next to the melons

To melons include watermelon, melon and pumpkin. This is one of the most useful plants: their fruits are rich in vitamins, microelements, organic acids and sugars. They have excellent taste. It is known that the yield of crops depends not only on the weather and level of farming, but also on how well the chosen landing site, what crops are growing in the neighborhood. To the melon is also true in full measure. 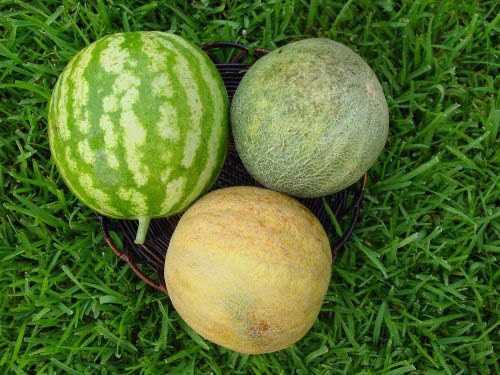 Watermelon and cantaloupe are heat – loving plants high and stable yields can be obtained only in the southern regions of Russia. Though some gardeners successfully grow these crops even in the North of black earth. Pumpkin is more cold-hardy and can be grown in most parts of Russia.

Next to the watermelons, melons and even pumpkins from the South, East or West side should not grow trees or shrubs. The fact that these crops are very light, they react badly even in moderate shade. Choose for them an open, well-lit area (not in the valley).

Note that melons are very spreading, that is, the growth of their runners capture all around. So close to him should not be planted low-growing culture that has a long ripening period. But such greens as spinach, lettuce, dill (early maturing varieties) have at the time. By the time when the scourge of melons will grow, you will have time to harvest. In addition, they are good neighbors for melons. Parsley is the same plant should not be, because she herself is suffering from the neighborhood melons, and adversely affects them.

Near the border bocenago plot it is desirable to plant black radishes. Phytoncides, emitted by it, discourage spider mite pest of many crops. Some experienced gardeners suggest also to plant tomatoes, claiming that they deter such pests as aphids, moth and sawflies.

To protect melons from cooling along the Northern boundary of the plot occupied by these crops, plant corn. Tight range it shoots reliably block the flow of cold air along the ground. If you for some reason can't or don't want to plant corn, plant beans, kidney beans or peas. Of course, they can't form such dense wall as corn, but some protection from the cold will. Moreover, legumes are considered a good neighbors for melons.