How to solve mathematics problems

To learn solving problems on mathematics for the students is often difficult. Work on training of the decision task begins with the first class, with the most simple tasks. Types of there are many tasks, each requiring specific techniques. But first it is advisable to know a specific algorithm that we can rely on when solving particular tasks. The skill of solving problems in elementary school will help pupils to cope with them during further studies. 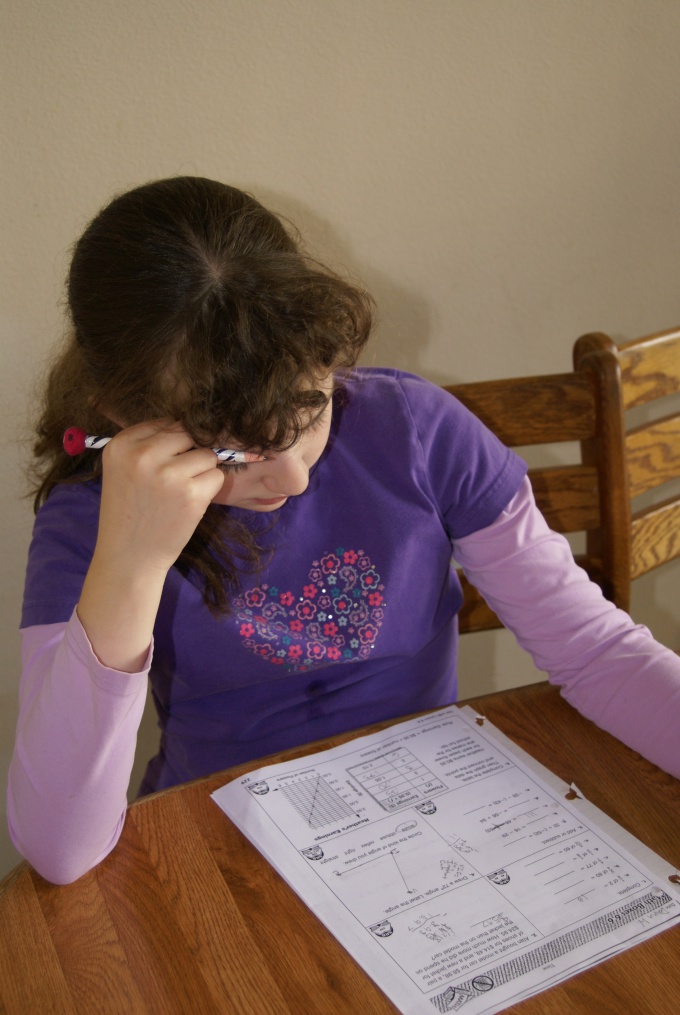 Related articles:
Instruction
1
The perception of the content of tasks

Read the problem and highlight the main idea, as stated in the problem.

Define the group to which this task applies. This can be tasks to interest, the motion for unit time tasks with proportional values, etc.
2
Finding a solution plan

Depending on the group to which the task belongs, determined action to address it. The key to the solution is for each group of tasks. The key is a unique formula, which solved the problem. Not knowing this, we will not be able to cope with the task.

In the primary grades also have formulas, for example, speed = distance : time.

For clarity, make a picture or drawing. An unknown number is taken for x (X). So clearly you can see the condition and question tasks. Unknowns in the illustration, denoted by "?".

Analyze the condition of the tasks, logical thinking according to plan.

Think we can immediately give the answer to the question task? Why?

How will find the value of X? Why?

Can now answer the question?
3
The solution to the problem.

To solve you can make an equation with X, if the task is simple, i.e. it is necessary to find only one unknown.

When solving the equation X Express in the left part of the expression, the rest of the data move to the right.

If the problem is somewhat unknown, then decide, in accordance with the plan outlined in the analytical analysis, finding one number after the other to reach the answer to the question task.

Shall describe each action, explaining that finding.

Logical tasks can be solved by brute force, which remains one correct answer.
4
Check solved the problem

To verify the result found we can solve the problem another way if possible.

You should also relate the obtained result with the condition task. To do this, insert this number in the text.

The correct solution is to identify, making the task of selling this. Reframe the task so that only what was found the number was in the condition and the value of the known values we find. If the solution of unknown number was the same as in the initial task, then, its solution was correct.

Another way to verify the correctness of the decision of tasks – estimation. "Think you could the answer to get a number if the action took place in practice.
Note
Do not proceed with solving the problem, if you do not fully understand its meaning and the essence of the job, because the selected actions for response can be incorrect. When defining the plan objectives should be used all the data. How many unknowns in the problem, so "?" should be on your artwork.
Useful advice
Write down the formula for solving the problem to make it easier to navigate the solution. For the reliability of the decision task, use multiple means of verification.
Is the advice useful?
See also
Подписывайтесь на наш канал