How do you get roundworm

Of parasitic diseases caused by round worms, ascariasis is one of the most common. The toxins produced by Ascaris, have a marked adverse effect on the nervous system and also cause many other disorders. To protect themselves from this contagious disease, you must know the most common paths of transmission. 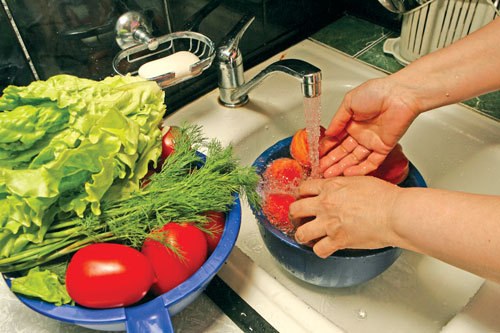 Related articles:
Instruction
1
Most of the infections ascariasis falls in summer and early fall is harvest season. It is the main source of the disease. The soil fall helminth eggs with the feces of animals or fertilizers. Collected and poorly washed or not washed fruits and vegetables may contain on its surface a lot of ripe eggs of Ascaris.
2
No less common source of infection with Ascaris are Pets. And Pets do not have to walk on the street. Enough to walk in the footsteps of the master, who came up the street, and then lick paws or fur. Penetrating in the intestine, the eggs ripen, but ripen completely in the feces. So the time of a messy bowel movement can cause re-infection of the animal.
3
Often the source of infection of ascariasis are flies. It is through the dishes, the groceries left on the table, as well as any vegetables and fruit, are bought and washed before use.
4
Once in the intestine, the Mature eggs of Ascaris lose his protective shell and released from them larvae through the lining of the intestinal wall penetrate into the vein. With blood flow through various vessels through the pulmonary circulation, they enter the lungs. Next, the larvae boring through the tunnels and migrate to the bronchioles, bronchi and sputum in the mouth, where it is swallowed with saliva, and again appear in the intestines. And only re once in it, they begin to grow, becoming Mature individuals.
5
With the development cycle of Ascaris associated with many symptoms. For example, the migration of the larvae in the lungs causing cough, bronchitis. The ripening of Mature individuals, absorbing nutrients and producing toxins, causing beriberi and dyspepsia. The accumulation of toxins leading to asthma, allergies, and malfunction of the nervous system.
6
From the moment of penetration of eggs to development of Mature ascarids is 2-2. 5 months. The duration of life of one individual is one year. Often ascariasis occurs under the guise of other diseases that resist treatment and become chronic.
Is the advice useful?
See also
Подписывайтесь на наш канал