How to draw spongebob Squarepants with pencil

Spongebob is the main character of the popular eponymous children's cartoon series. This American cartoon character lives under water and is a yellow sponge shaped like a square. 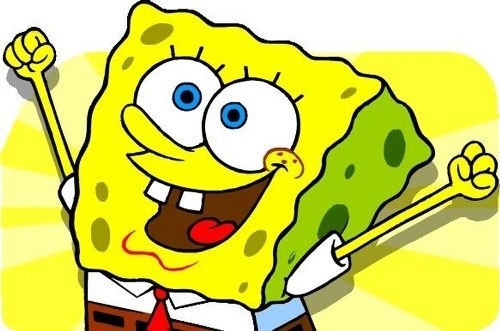 Related articles:
You will need
Instruction
1
Draw a head funny. In form it is similar to a square. You need to depict the figure with a wavy line. Add Sponge Bob nose and eyes. The nose of the hero has several protruding upward form. To paint the eyes, first draw two small shapes are semicircular in shape, and then add them one by one inside the semicircle that will pupils. The eyes of Sponge Bob not enough eyelashes. Depict it in the form of short straight lines going up from the eyes.
2
Add face Sponge Bob emotions. This is a lively, cheerful, mischievous and cheerful character who is almost smiling all the time. Therefore, stretch the mouth of the cartoon character into a wide smile. Two upper teeth Sponge Bob bent forward. Draw them in the form of two rectangles. In addition, draw the cheeks and freckles.
3
Make the character's head is porous, he's a sponge. This effect can be achieve by drawing several holes of different shapes in different places. Try to make the uneven edges of the circles, then the picture will look more interesting.
4
Go to the body of the hero of the animated series. Draw the collar and tie, shirt and pants with belt. Spongebob wears short pants, so his legs can be seen very well. Draw them, and the shoes with laces, and socks. Huge arms and short sleeve shirts.
5
Add to your drawing background. Since Sponge Bob lives, works, makes friends, having fun and fooling around on the ocean floor, the background can be a picture of the underwater world. Draw sand, seaweed, swimming by jellyfish and corals. In addition, you can draw this funny and mischievous hero against his house, which resembles a pineapple. Fun details accentuate the overall relaxed mood of your drawing and add to his completeness.
Is the advice useful?
Подписывайтесь на наш канал