Where to go in Orenburg

Orenburg is a city of contrasts. And sometimes quite unexpected. Museum of the history of the city is the castle, built in pseudo-Gothic style and the famous suspension bridge across Ural is adjacent to the funicular. Wooden house of the Cossack suburb and ultra-modern buildings. University main building, piercing the sky spire a La MSU, and round squat water tower. But not only architectural monuments the city is famous. And visiting it, you will see for yourself. 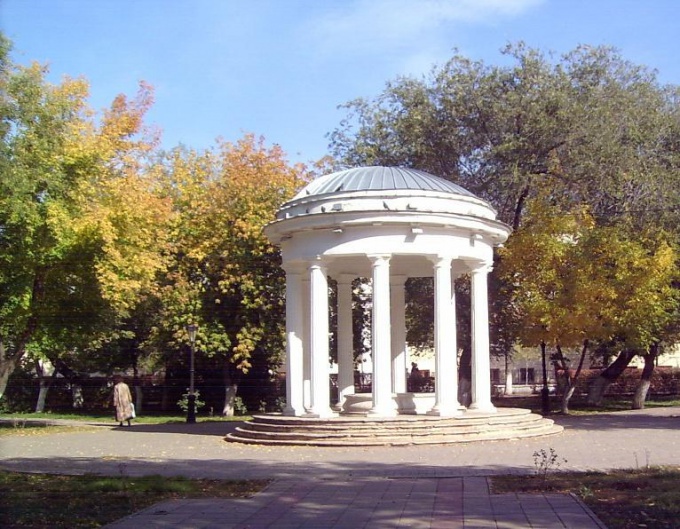 Related articles:
Main artery of the city – Sovetskaya street. Here are the main administrative buildings of Orenburg and Orenburg region. It would seem that there can be interesting for tourists? But do not pass by: the residence of the head of the city is one of the most beautiful buildings, built in the early XX century. Columns, powerful Atlanta "supporting" the roof of the tower, the pylons – all this magnificence you can enjoy forever. Just a couple of blocks and you are in front of the regional administration (House of Soviets). Despite the fact that it was built on the site of destroyed in the early 30-ies of the last century, the Orthodox Cathedral, it also has a known value as a monument of architecture. Council building can be best admired in the evening, when luxurious illumination turns it into a fairy Palace. And working almost around the clock in summer, the fountain in the square near the administration only reinforces this impression. From the House Councils and to the banks of the Ural main street is a pedestrian zone with many historical monuments, museums, shops and small squares. And here, too, without contrasts not done. For example, the monument to A. S. Pushkin and V. I. Dahl is located in square of a name of Poliny Osipenko, famous pilots. And rename it to the administration's plans is not included. By the way, in Orenburg , he graduated from his time in flight school and the first cosmonaut Yuri Gagarin. Visitors can get acquainted with a permanent exhibition of his Museum-apartment, located on the street Chicherin. Nearby is the exhibition complex under the open sky "salute, Victory!". Residents of Orenburg sensitive to the history of the city and the country. Regardless of the present political situation. Military memorial complex and the Home Memory on Victory Avenue, the memorial to the fallen in the struggle for Soviet power in Harkovskom Avenue, the monument to the Cossacks in the street Chkalova are just a small part of the sculptural and architectural structures, built in different years. But there is nothing in these monuments no affectation and irrelevance. The appearance of the city will only benefit from such natural contrasts.Visitors to the city should definitely visit one of the oldest theaters in the country – Orenburg drama, performances of which are always interesting and unexpected. And at the same time to admire the interiors and façade, renovated building, truly worthy of the title temple of art. In addition to dramatic, in the city many years of successful work musical Comedy theatre, puppet theatre – Orenburg Orenburg state and municipal ("Piero"), known for its unconventional productions for children and adults.The children can relax in the amusement Park "the Poplar" or walk around Zaural'naya grove, after moving to the other side of the river at the amazingly beautiful suspension bridge or cable car. Or take a boat to the station and a leisurely ride on the Ural waters. Orenburg is a multicultural city. That is why back in 2009 in the regional center was opened complex "national village", consisting of more than a dozen farmsteads. Each one has a permanent exhibition depicting the history and life of a people. There is also a restaurant where you can taste dishes of national cuisines: Russian, Ukrainian, Kazakh, Mordovian, German, etc. the Prices are quite reasonable and the menu extensive. In front of this complex – SKK "Orenburzhye", where winter and summer sports events and concerts of national and foreign music. Its unique competitor – the Ice Palace Rostoshi – also worth a visit for those who love spectator sports or are crazy fabulous show.
Is the advice useful?
See also
Присоединяйтесь к нам
New advices