How to make a pendant

The pendant can be made of large beads, adding to her bead harness the right color. This technique allows us to produce jewelry of different shapes and sizes, combining under one braid a few beads. 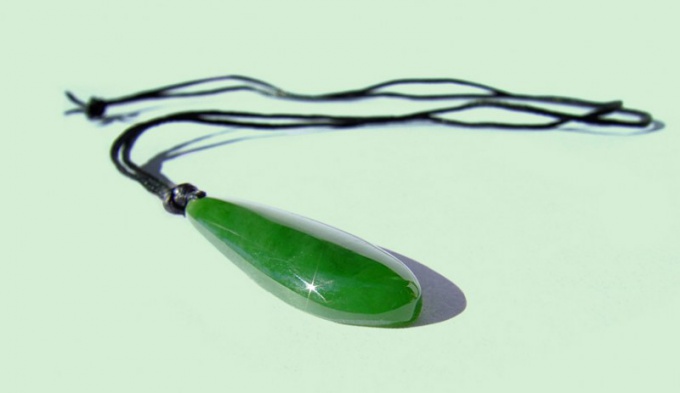 Related articles:
You will need
Instruction
1
Make a tourniquet, which can be braided beads. To do this, pick up seven beads in the grated wax nylon thread and lock the row by threading the needle in the first bead. Weave the second row, stringing on the needle through one bead and threading it through the third, fifth and seventh beads.
2
Slightly pull the working thread, put it another bead and pass the needle through the first bead of the second row. By this time, you can stop counting, because the beads you want to thread the needle for weaving the next row will be noticeable above the rest. Continuing to thread the beads in a circle, make a tourniquet of such length that it turned out to be double the circumference, the center of which will be a place for decorative beads.
3
Secure the working thread into the last row of the harness and thread the needle through the bead. Placing the workpiece on a flat surface, wrap the end of the beaded braid around the beads and sew the harness several times by threading the needle through a bead and the two rows of braid. For more strength you can sew rows of braid to each other along the entire circumference.
4
To the resulting pendant you can attach a loop for threading a cord or chain. Cut the new worker thread and pass the needles in both of its end. Thread through the bead, located in the center of the top of the braid and thread in both the needle bead. Take another bead and thread in her thread crosswise. In this way weave short chain, fold it in half and secure the end into the bead, which began netting or, if the number of thread threaded through it, does not allow for this, hook the end loop on the next bead.
5
Instead of a loop to a pendant you can weave the chain in the same technique. Length beaded strips should be sufficient to put the pendant on his neck. Fixing the end of the braid pendant, thread both needles through all the beads that weave chain, in the reverse order. This will lend additional strength.
6
The pendant can be assembled from a few beads, braided harness. To do this, lay the workpiece on the table and stitch between the edge of the braids as they will be located in the finished product. Weave another harness and make it a common edge for the entire pendant.
Is the advice useful?
Подписывайтесь на наш канал