Where to shoot a wild boar

The boar is a very strong, mobile on the run and fast animal. Hunting for this animal is opened in the middle of summer and during fall and winter flows in the collective driven hunt. The Fang boar is enviable trophy for a true hunter. So where 's the right to shoot to kill the beast, and not to lose a wounded animal? 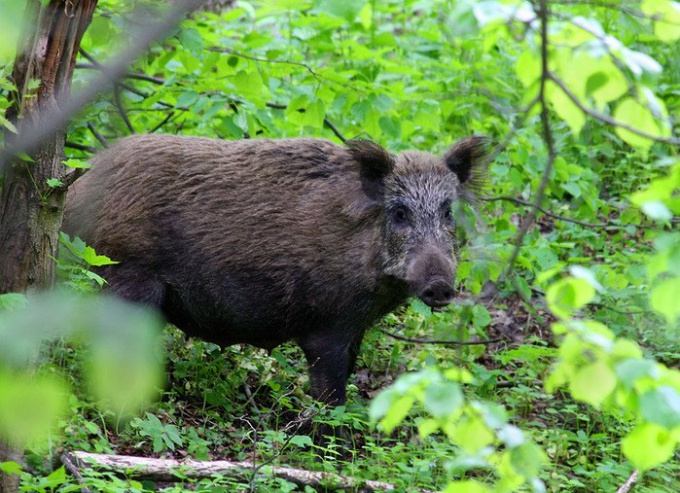 Related articles:
A formidable and impressive sight of large wild boars spawned a large number of stories about the aggressiveness of this beast and the fortress on the wound. Wounded boar, put in an impossible position, can bring a lot of trouble to the hunter. And in order not to become the prey of a wild beast, you must carefully present a lethal place, where you should aim. Instantly then the bullet will pierce the vital organs of the animal, which will save it from long suffering, and hunter - from an extensive search of the wounded animal.Surely each of you is a appearance of a wild boar, even if you are not an experienced hunter. The trunk of this animal is very long and barrel-shaped, short legs, a good third of the body is the head. Males especially noticeable that the front part of the trunk a few massive back area. The massive boar seems even greater due to the high bristle at the withers, its length sometimes reaches twenty inches.In a hunting environment, slaughter places are those areas that are intended to engage and defeat the beast with the first hit. They have wild boars located in the anterior region of the body, excluding a significant portion of the spinal cord (lumbar and cervical parts) and the brain. If the animal stands sideways, aim at the heart area, it is twenty inches above the lower line of the torso, directly at the vertical of the front leg.Try not to shoot into the liver, as you can accidentally hurt the stomach (which happens in most cases). Intestinal and stomach weight have an unpleasant characteristic smell, which soaked a large portion of meat. However, wounding of the beast to the liver, you don't put it in place, but the prosecution will not be long.Of knockdown is a very good shot in the neck and hit the vertebrae. Almost in the middle of the neck of the boar is the cervical spine, the task of the hunter in this case is to define that middle and get strictly into it. If you have precision weapons, or shoot from close range, aim for the brain. In this case, the target point should be located slightly in front of the ear, the eye line.If the animal is in a field of wheat or grass, heart, for the shot would be closed (as already mentioned, the wild boar has short legs). In this case, it is possible to shoot in the shoulder blade with the calculation of lung damage. When injected into a major blood vessel of a small animal falls in place, large boar can go, but not far.A wounded and angry boar can move with great speed on the hunter. As a large and long snout closes the chest, a lethal area much reduced, for the shot remains only the head and the hump, there's a chance when a shot hit the spine. Slightly to keep out the wild boar and shoot almost point blank in the forehead, it is the most convenient goal, as the head of the beast down.Cautiously approach the fallen beast. If the ears of a wild boar pressed, it means the beast is still alive and can at any moment to rush to you. It is unacceptable to track down a wounded animal at night and in the dark. Let the boar soak until morning and only during daylight begin the search with the dog. Wild boar can hide in the bushes or thickets and in the presence of a force, suddenly rushed on the right of the hunter, so be extremely careful.
Is the advice useful?
Подписывайтесь на наш канал