How to make a tincture of Cayenne pepper

Red chili pepper is widely used in medicine. It contains vitamin A, C, essential oils, capsaicin, which give it therapeutic properties. The home medicine pepper is most often used as a tincture, which promote hair growth. 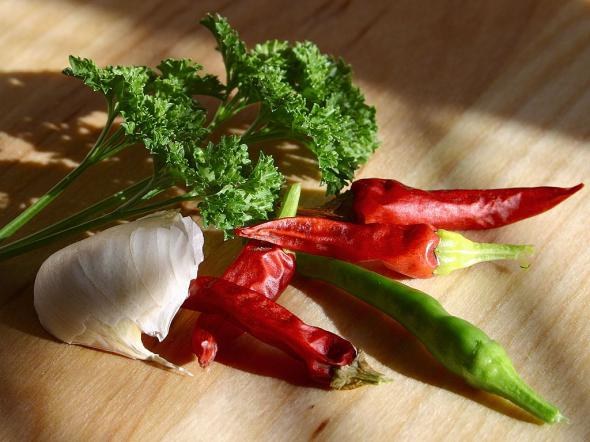 Related articles:
You will need
Instruction
1
Use to make pepper. Take two small pod of dry red hot pepper, grind in a coffee grinder or food processor. Place pepper in a small glass jar with a tight-fitting lid.
2
In a jar, add 200 milliliters of vodka, close tightly with a lid. For convenience, attach a label indicating date and content of the banks to sluchainie its burning contents did not get on hands or in eyes.
3
Leave to infuse in a dark cool place for two weeks. Don't forget to periodically, approximately once a day, shake the jar. Then take a piece of gauze, fold it four times and strain the infusion. Used pepper throw.
4
Store the infusion in a container made of dark glass with a tight lid, preferably in a dark place. In this case, it can be used for a long time.
5
Try another variation of capsicum tincture on alcohol. The method of preparation does not differ almost from the first: pour a quarter Cup of rubbing alcohol ¼ Cup dry crushed red pepper.
6
Leave the mixture in the course of a week, placing container in a dark cool place and tightly closed the lid. Then strain and dilute with two and a half cups of boiled water. Close the lid and store the tincture in the fridge.
7
Combine the tincture with burdock or castor oil in a ratio of one to one for rubbing into the scalp if you have dry hair. Or you can dilute it with water (yogurt, whey) in the same ratio, if your hair is oily. Apply this remedy two to three times a week, which promotes a rush of blood and intense hair growth. Also a tincture of pepper vodka is taken orally for the treatment of inflammation of the upper respiratory tract, headache, redness, gout.
Is the advice useful?
Присоединяйтесь к нам
New advices