How to drown out the EGR valve

The exhaust gas recirculation system (EGR) is designed to reduce the content of nitrogen oxides in the exhaust gases of the vehicle. After contamination and failure of valve EGR , the car may stall at idle, to consume more fuel. In order not to waste time and money to repair this system, you can simply switch off the valve. 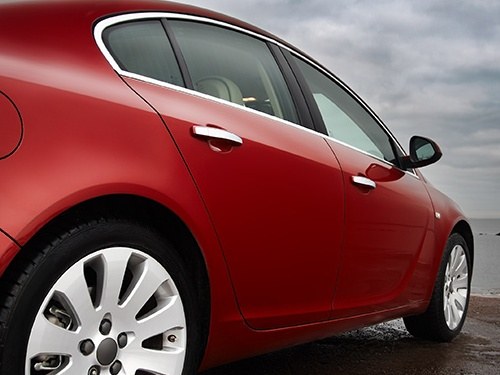 Related articles:
You will need
Instruction
1
Remove the cap of the expansion tank and drain plug in the lower right corner of the radiator. Drain the antifreeze into a container. Can be adapted for these purposes, a five-liter plastic bottle with the top cut off. Disconnect the hose to the antifreeze.
2
Remove the EGR valve vacuum hose. Unscrew the bolts of the housing. Remove the valve and gasket. Clean the valve body with engine cleaner.
3
Take the plug out of a piece of aluminium with a thickness of about 1 mm. If it is not at hand, the cover can be made of cut beer cans. Paronite is better not to use, as it burns quickly.
4
Use factory valve gasket EGR as a template. Put it on the tin and "circle" with a sharp knife. After that the plug is easily cut with scissors. Punch holes in it for bolts.
5
Install plug, check the valve EGR in place, fasten the bolts.
6
Clean and remove the valve from the intake manifold. Clean the manifold and install the valve into place, reconnect all the hoses. Fill with antifreeze, do not forget to measure its level.
7
Alternatively, remove the valve, put instead a steel plug, turned the size of his hole. After installing the plug valve on your onboard computer will pop up an error (of course, if this block is not sewn with the shutdown indications on the system of the usr). If necessary, refer to specialists for its firmware or just disconnect the terminal from the sensor.
Note
The main reason for the failure of the EGR valve is defective gasoline. Sensor the EGR system in case of failure of the valve can not be repaired and will require replacement. So, if you decided to drown out the EGR valve, it's better to do without waiting for the moment when its contamination and breakage will cause other malfunctions in the car.
Useful advice
It is believed that after installing the plug in this valve the car must not be subjected to excessive loads at the maximum gear.
Is the advice useful?
See also
Подписывайтесь на наш канал