How to glue the dodecahedron

The dodecahedron is a proper polyhedron consisting of equal pentagons. Due to the fact that the dodecahedron has 12 faces, its model can be successfully used as a Desk calendar. For this we only need to glue the dodecahedron of suitable material and unusual souvenir is ready. And you can make a dodecahedron is simply out of colored paper, he and without a calendar will look very impressive. 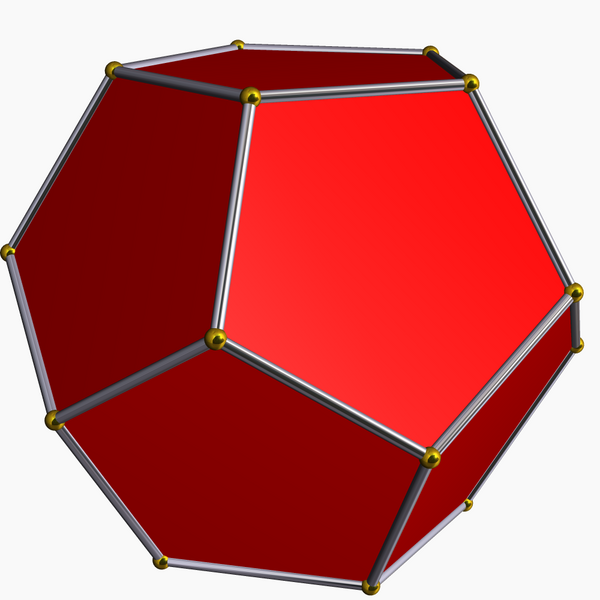 Related articles:
You will need
Instruction
1
Print a template of a dodecahedron on the printer. Cut out the shape from the pattern. Gently fold the seat folds with a ruler and consistently glue. Apply glue should be on the "petals", which are bonded to each other, and not on the entire face of the dodecahedron. The finished figure looked attractive, lightly push the seat folds with the back of a knife, and errors, cuts or scrapes paint marker or Sharpie.
2
If you don't have a printer, make a template of a dodecahedron on your own, using a protractor. Start with building the Central Pentagon. To correctly build the Pentagon, remember that the angle between its two sides is 108°.
3
To each side of the resulting figure pririsuyte the Pentagon of the same size. Total should have 6 pentagons — a kind of flower with petals. Do the same again, not forgetting that you need to connect the "petals" of the two "flowers" on the side.
4
Make sure the sides of the small allowances to lubricate them with glue. Then cut, bend space bend and glue. Can wrap a dodecahedron in colored paper, stick it on the figure or color a polyhedron.
5
If you want to glue the dodecahedron and glue under hand was not cut along the bend lines until the middle of the bend counterclockwise or clockwise, as is most convenient to you. Then just paste the future of the dodecahedron at the notched faces at each other, they will be quite securely fastened.
6
Another way to make a dodecahedron is to make its layout in the technique of origami. As the assistant to use the video instructions from the Internet. You will need 30 sheets of paper will be prettier if you use colored paper. Take one sheet and fold it in half. Then bend the halves of the leaf in half in the opposite direction, so as to obtain three fold lines and the figure in the form of a fan.
7
Then wrap each side at right angles, the module will fold diagonally. Do the same with the other two sheets. These three modules — the first vertex of the dodecahedron. Of the 27 leaves make the remaining modules according to the principle described above, attach the modules to each other. Get spectacular dodecahedron origami.
Note
Optimal density of paper to make a dodecahedron — 220 g/m2. More thin paper wrinkled in the process, and quite thick — it breaks at the folds.
Useful advice
In the Assembly process of the dodecahedron-origami attach the modules with clips or proclivity the joints, as they can turn around — a stable figure is only at the end of manufacture.
Is the advice useful?
Присоединяйтесь к нам
New advices