Interesting tools of the future

Piano, drums, guitar – names familiar to everyone. Today, this is no surprise, it's time of new technologies, and hence new musical instruments. Their names are complicated and obscure even to the musicians themselves, not to mention people in no way associated with the musical world. 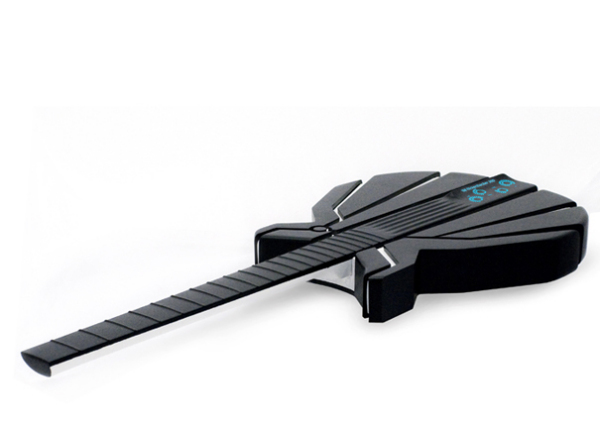 For example, a guitar without strings, and even touch. This tool of the future has quite the usual form, except that instead of strings it sensors with a huge number of options. They have great functionality, so that with the help of this tool you can extract the most different, including and unusual guitar sounds.

But even that is perceived quite normal, compared to the so-called hybrid synthesizer and guitar. It also has a touch of a button. What does he have in common with the guitar, except the form, it is not clear, it's a miracle more like a synthesizer. For example, the fact that he recorded a lot of sounds, as in a keyboard instrument. Another guitar in the future, the connection button of the neck of the guitar and the iPad screen. Such an instrument can play simultaneously, at least for the whole band, we just need to properly configure it. It's more like a toy and imitation than on a guitar, but manufacturers are hard on his.

Unusual may be the drums. There is, for example, a small hand drum that looks very much like UFOs. To extract the sound from it is possible with all limbs, and even using the edges. Is the drum actually from several hemispheres, each of which has numerous tonal areas. During the execution you can refer to absolutely any key, and any special rules and regulations how to play, not here.

Modernization has reached to the keyboard, in particular, to the synthesizer. His counterpart looks like a long glass panel with the mouse, and consists entirely of sensors. Sounds pretty standard – it's octave. Strikingly, removing the sounds from this instrument have no contact with him directly. The sensors are so sensitive that react to movements carried out on them in the air to produce the desired sound. Game on any of these tools are incredibly spectacular, mesmerizing in its uniqueness. Of course, not the fact that soon they will all be freely available, but who prevents a little dream?