Stand under a hot - indispensable accessory in the kitchen. No need to spend money to buy such cookware, because it can be done with your hands, for example, old CDs, pieces of felt, etc. 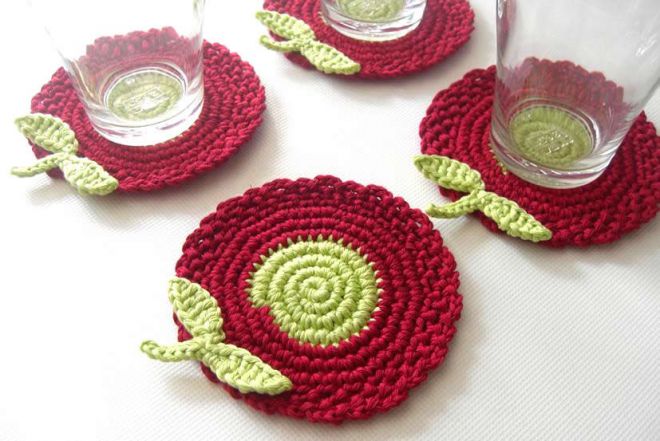 How to make a stand under a hot felt

- needle and thread in the color of the felt; 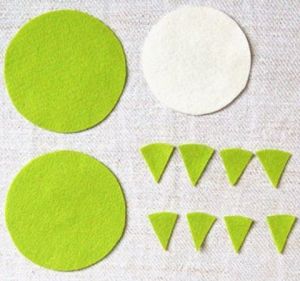 In the three triangular sectors cut a small triangular hole exactly in the middle of the figures. 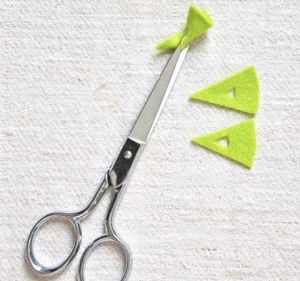 Next, place a single circle of large diameter, on a circle of smaller diameter (white), and white triangular sector, arranging them in a circle. All sectors attach to mugs pins and carefully sew with needle and thread simple a running stitch around the edge. 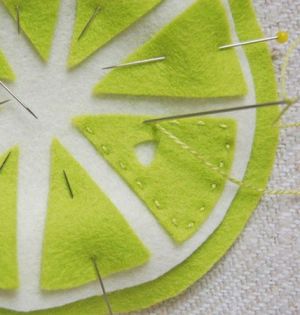 After this procedure, put in front of the remaining felt circle, it received the workpiece face up. Fasten the parts together. 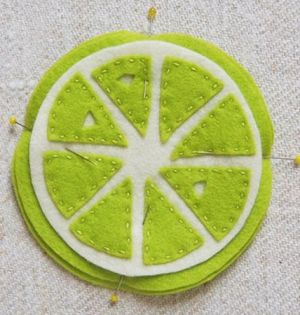 Sew circles around the edge with a needle and thread in the color of felt (you can take the white thread). 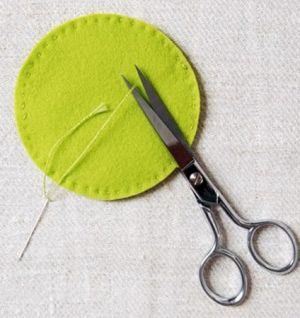 Trim the excess edges of the stand (if required). 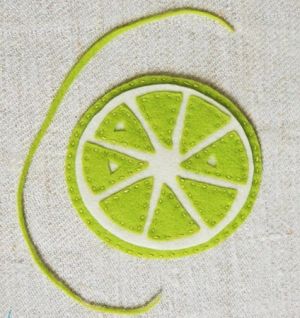 Stand under a hot in the form of a slice of lime ready. On request can be manufactured on the same equipment and other supports, e.g., slices of grapefruit, lemon, orange, etc., we need only use the appropriate felt colors. 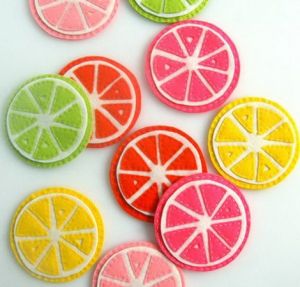 - bias binding with a length of about 30 centimeters.

Lay out a batting and fabric, put them on disks and trace with a pencil. Add on each side of the circles two inches and cut the workpiece. Thus make four circles (two of batting and two of fabric). 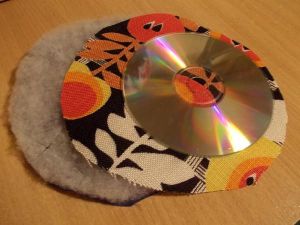 Lay out a circle of fabric face down, not him - a circle of batting, then - the disc itself. On the edge of the cut out circles, lay a running stitch and pull it so that the disk was inside. In the same way make a second part of the stand. 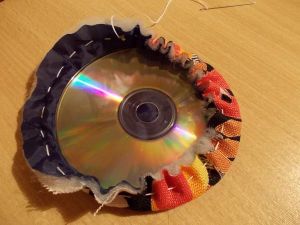 Take the bias tape (you can use any ribbon) and it panel cord. 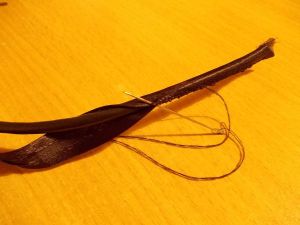 Add together the two foundations stand, and carefully sew it to the cord, trying to sew it so that a good bond all the parts together. 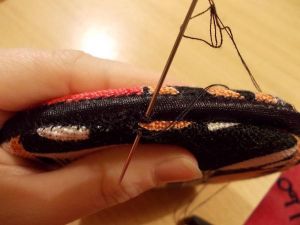 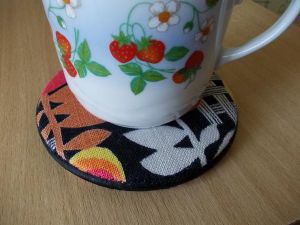