What is devaluation in simple language

The essence of the process of devaluation and its consequences are constantly being studied and analysed by leading financiers and economists of the world. At the same time most ordinary citizens believe this phenomenon is a manifestation of the financial crisis. But this is a misconception. Despite the fact that devaluation leads to a decrease in the value of national currencies, Central banks in many countries use it as a tool for cash flow management. 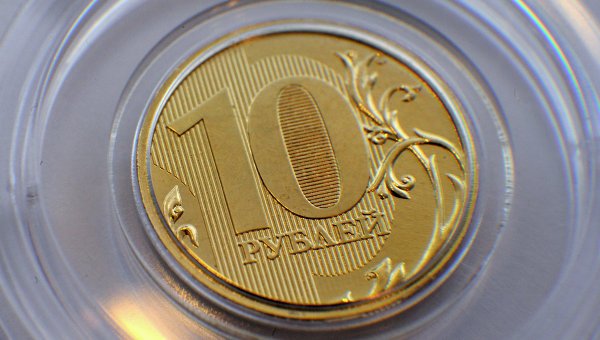 The contents of the devaluation

The concept "devaluation" was first introduced in European countries during the gold standard, when each paper banknote had a fixed value of gold. During the First and Second world war occurred gradually, the outflow of money from circulation in the countries that were needed for the manufacture and equipment of the army. Leading banks have issued a large number of new banknotes, but gold reserves they have not confirmed what caused the first wave of devaluation.

Today, this phenomenon in the financial sector means the depreciation of the national funds in relation to the currencies of other countries. And if you give a simple definition, when the devaluation of foreign currency is more expensive than before, and to buy it, you must pay more rubles. For example, if in the beginning of 2014 the dollar was worth approximately 32,50 rubles, after 11 months its cost – 46,50. Therefore, the devaluation of 2014 was 43%.

There are two basic forms of devaluation:

- open, implying official recognition by the Central Bank and alert the citizens about the actual decrease in the value of national money;

- hidden, uncontrolled, which occurs independently in the process of developments in the financial and political sphere of the state.

The reasons for that lie in the hidden devaluation is inflationary surges, insufficient quantity of gold reserves of the country, as well as the balance of payments deficit, although in some cases the devaluation is able to solve the issue. For example, the depreciation of the national currency contributed to reducing the procurement of commodities imported from other countries. This increases the demand for the product of the state's own production, and as a consequence is the strengthening of the monetary unit of the state.

The consequences of the devaluation process

There are different opinions about the effects of the devaluation as they are quite ambiguous. On the one hand, in the inept management of the situation, they can harm the economy, and on the other to revive it and lead to gradual development.

- the preferential consumption of the national product;

- the growth of GNP and GDP;

- cost reduction of the gold reserve of the country;

The improvement of these indicators can occur only if the leading experts and analysts of the country there will be constant monitoring of the process of devaluation of 2015. But if this phenomenon occurred spontaneously, or due to improper actions of leading banks, it could lead to negative effects:

- the depreciation of financial investments of ordinary citizens to the banks and their loss of confidence in national currency;

- increase in the prices of imported goods and the possible shortage that may occur in the absence of appropriate replacement plants;

- increase the value of national goods if they are produced on foreign equipment or using imported raw materials;

- inflation occurring against the background of rising import prices and artificially high prices in the domestic product;

- the emergence of financial risks for entrepreneurs and businessmen in their activities, work with multiple currencies.

The most serious consequence of the devaluation is considered to be a rapid decline in the value of government currency, which can cause a severe shock to the economy, its downturn, and in the worst case – default. This will provoke an outflow of domestic capital to foreign countries, the sharp decline in business, rising unemployment, and hyperinflation. Devaluation is a multifaceted economic phenomenon, which can not only act as a powerful lever of monetary regulation, but also lead to negative consequences in the economy, which may enter the country into a deep crisis.