Linear structure of management: the pros and cons

Linear structure of management is one of the simplest organizational structures, in which the levels of subordination can be viewed as a pyramid: the higher authorities and the lower link. 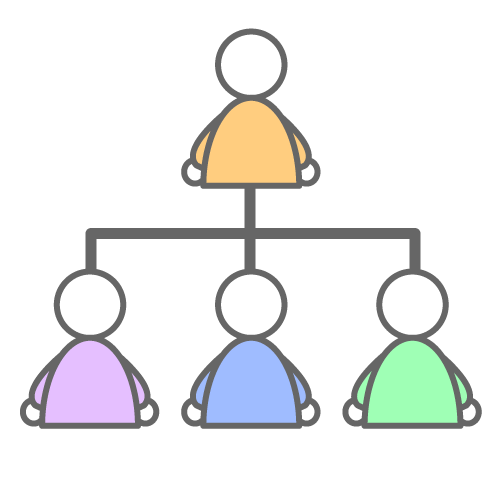 A linear structure is also known as functional and included in mechanistic structures. This group of structures is different from others in that it has a highly developed discipline, work is based on strict subordination. There are special codes and job descriptions to facilitate this.

In an average company, built on this principle, the following splitting levels: top management, subordinate to which are the main managers responsible for the departments with other employees. Depending on the size of the firm there may be more.

The advantages of linear structure of management

1. The division of labor. Each worker has its own specialization and tasks in accordance with it.

2. The chain of command, or scalar chain. The main principle for linear control from the highest level to the lowest.

3. Unity of command – each subordinate has a single leader. If a worker made a mistake, it can only punish the Manager, standing over him. Also only he can set tasks and to demand for them the report. Senior management has the right to ask the results of the work with a Manager under its direct supervision. This allows you to quickly resolve issues at each level.

4. The norm of manageability. Subordinate to one Manager should be no more than 4-5 people. This need for better interaction between them.

5. The hierarchy of objectives. Targets are located at three levels: organizational, group and personal.

6. The unity of direction. Every Department in the organization is responsible for their function, but their goals and objectives should be interrelated with the functions of other departments and be directed to the benefit of the entire company.

Another two principles, characteristic for the linear structure management: control and delegation of authority. They are in direct relationship to the principle of unity of command. The Manager should carry out the control over their subordinates at all stages of their activities.

Delegation of authority is the transfer of resources, functions and responsibilities for the performance of the subordinate.

The main disadvantage of organizations with the line management structure is weak feedback and barriers to communication.

Feedback is deteriorating due to the filtering information. According to statistics, moving from one level to another, you lose about 20-25% of the information.

Barriers in communication can be associated with the following factors: