Who and how invented the gas mask

Masks of various designs are widely used for nearly two centuries: they are necessary experts in the conduct of hazardous work in different industries, as well as troops and civilians, which, under certain circumstances fall into place with a hazardous gas. Regardless of design features, all the masks serve the same purpose – they prevent the danger of poisoning. 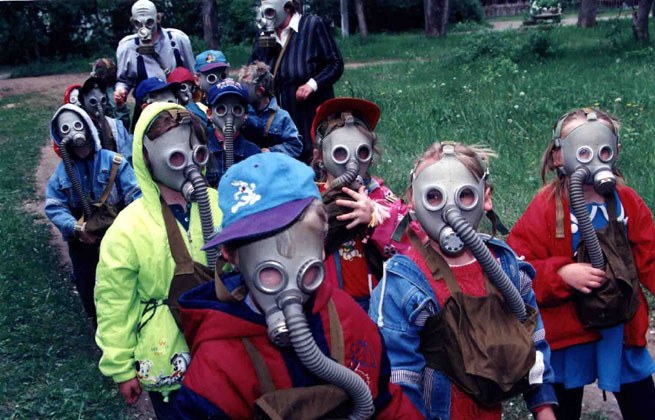 The history of the gas mask

Still there is no consensus about who should be considered the inventor of the gas mask, because the prototypes of this device was known in the middle Ages. During the plague doctors used masks with long beaks. These beaks were filled with medicinal herbs. Medieval doctors believed that these masks prevent infection.

The world's first gas mask, according to historians, was created in 1847 by the American inventor Lewis Haslett. This unique apparatus was designed to prevent unwanted inhalation: felt filter delayed harmful substances, allowing the person to breathe without causing harm to his body. The gas mask, invented by Hasleton, allowed to consistently breathe through the mouth or through the nose, when the person was there, where the air present threat to the health of impurities.

In the future, inventors around the world worked on improving the filters to create more effective gas masks, which proved to be indispensable in certain circumstances. In most cases they were used for filtration of dust and other small particles to prevent them from entering the respiratory system. However, these gas masks could not protect the human body from the negative effects of gaseous toxins.

The first modern gas mask was invented in 1912 by black American Garrett Morgan. The device was designed to protect the engineers and firemen who are forced to work in toxic environment. In 1914 its construction of the gas mask was patented in America by German inventor Alexander Drucker.

In 1915 Russian scientist Nikolay Zelinsky developed the first filtering coal gas mask, which in 1916 was adopted by the Entente troops. As the main sorbent material for the first time in the history of the used activated carbon.

First developed by Zelinsky gas masks in the amount of 200 thousand was made under pressure of the General staff in the spring of 1916. However, large shipments of coal gas mask was first produced in Russia only when the invention Zelinsky was implemented in Germany and England. And even after such a belated recognition of the Russian scientist had not paid a penny for his invention.
Is the advice useful?
Подписывайтесь на наш канал