How to whiten yellow nails after nail Polish

Regular use colored polishes can lead to nail discoloration. Blame the bright pigments that eats into the nail plate, and formaldehyde, changing the color of the nails. Often for masking yellowness women again use nail Polish. It is a vicious circle. 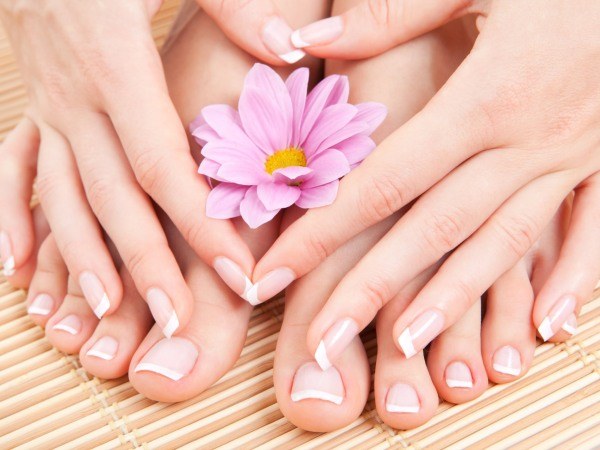 Related articles:
If you are sure that your nails turned yellow because of frequent colorations, not health problems, then lead them to form their own.

Good whitening effect, it also has lemon. The easiest way: cut the fruit in half and insert the halves into his nails. Sit there for 5-10 minutes. You can cut the lemon and RUB the nails 3-4 times a day, and you can squeeze the juice, add the olive oil and do bath. As a result of this procedure, the nails will not only be lighter but also stronger.

Daisy combines a bleaching and disinfecting effect. Pour 2 tablespoons of dried flowers in a Cup of boiling water and let them steep for half an hour. After that, the resulting dilute broth with warm water in an amount of 0.5 liters and put in his hands for 20 minutes. Carry out this procedure 2-3 times a week.

The bath of sea salt will make your nails brighter and stronger. Dissolve in warm water 2 teaspoons of salt. If you want you can add essential oils of grapefruit, tea tree, sandalwood and bergamot. Put your hands in the solution for 10 minutes and arrange a second appointment in 2-3 days.

Buy at the pharmacy grapefruit seed extract. Take a small container, mix it with 5 drops of this extract and a tablespoon of olive or sunflower oil. Lubricate the nails received by means 3-4 times a day.

Hydrogen peroxide is also known for its bleaching properties. Add it in the amount of one tablespoon to 2 tablespoons of baking soda and mix well. The result is foaming you'll have a paste that should be applied to the nails and leave for no more than 5 minutes. This method is one of the most quick acting and in the same time aggressive, so its use is recommended only in cases of emergency.

For those who don't want to cook chickpeas on their own, cosmetic industry invented special products such actions. They can be produced in the form of gel, oil or serum in a bottle for nail Polish. The action of such funds is based on the peeling of the top layer of the nail plate, so owners of thin nails should use them with extreme caution.

There are also special tablets that contain citric acid, extracts of rosemary and chamomile. They must be diluted in water. On the shelves you can meet and bleaching pencils that are used to make the nail tip's white color.
Is the advice useful?
Подписывайтесь на наш канал