Andrey Vorobyov, Governor of Moscow oblast. Prominent state and political figure who at different times held important leadership positions. Candidate of economic Sciences, was awarded the medal of the order "For merits before Fatherland" I degree. 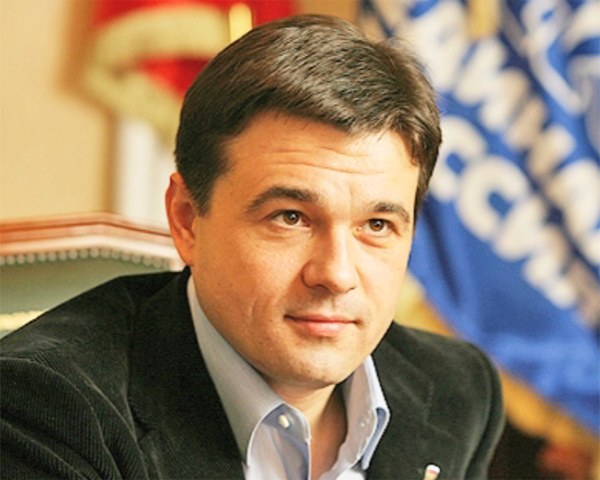 Andrey Vorobyov was born on 14 August 1970. His father is Yuri Leonidovich Vorobiev was one of those who stood at the head of the Ministry of emergency situations. Yuri Vorobiev was a close ally of Sergei Shoigu was awarded the title of Hero of Russia, and since 2008 holds the position of Deputy Chairman of the Federation Council.

Andrei Vorobyov, in 1988-1989 he served in the red banner motorized rifle division of special purpose interior troops of the USSR. Dzerzhinsky. In the division Vorobyov took part in operations to restore constitutional order in Kokand, Fergana, from Baku and Yerevan.

In 1995 Vorobyev graduated from North Ossetian State University, in 1998 — Academy of foreign trade. In 2005 Andrey defended his thesis in Economics at the Russian Academy of civil service.

The company "Russian sea" is the largest seller of fish and seafood in Russia.

In 2000 Vorobyov leaves the business and goes to the civil service. He became an assistant to Sergei Shoigu, who at that time held the position of Deputy Prime Minister.

In 2002-2003 Andrei Vorobyov represented the Republic of Adygea in the Federation Council. In 2002, Vorobyov joins the party "United Russia".

Andrey Yuryevich Vorobyov was elected Deputy of the State Duma in 2003, 2007 and 2011. In the state Duma he was Deputy head of the faction "United Russia", member of the Committee on science and education, member of the Committee for religious Affairs and associations. One time sparrows led the faction "United Russia" and Deputy Chairman of the State Duma.

8 Nov 2012 Vorobyov was appointed ACTING Governor of the Moscow region. He was succeeded by Sergei Shoigu, who became defense Minister.

Andrei Vorobyov is the younger brother of Maxim Vorobyev, who currently holds the position of Chairman of the Board of Directors of the company "Russian sea".

Andrei Vorobyov two children. Official the politician's wife died. After his wife's death of sparrows is living with another woman. Their relationship is not registered. Together they are raising four children.
Is the advice useful?
Присоединяйтесь к нам
New advices