The best water parks in Russia

The first water parks in Russia began in the 90-ies of XX century. They represent a large entertainment complex with water attractions and many different slides. The best water parks located in Gelendzhik, St. Petersburg, Kazan and Moscow. 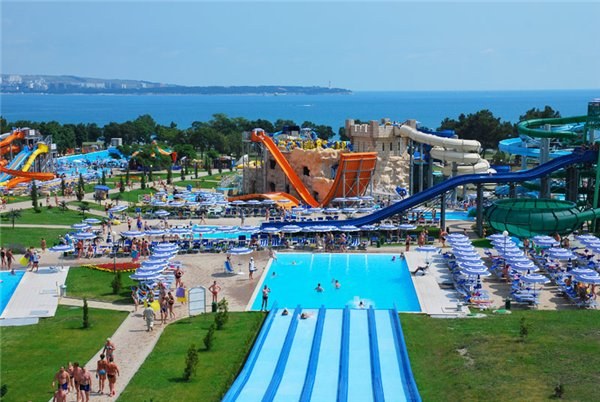 Related articles:
Instruction
1
Water Park "Golden Bay", located in the city of Gelendzhik on the Black sea coast, is the largest water complex in Russia and is among the five most prestigious water parks in Europe. Inside, there are 69 runs, 49 slides, 17 basseynov, 10 rides, restaurant, Spa etc. there is Also a diving centre, pool depth more than 10 m Water Paradise is conceived as a mixture of eras and countries of the world. A children's area in the form of a castle with four pools, animal figures and safe towns. The water Park is open and inside, work is underway on gardening. The ticket price is from 800 to 1200 rubles per adult. Children 50% discount.
2
One of the best aqaparku Russia is located in Kazan, on the Bank of Kazanka river. "Riviera" has both an outdoor area and closed. The water complex was built 10 slides, 5 pools, over 50 rides, surfing area, Playground for children, Spa area. Fans of extreme sports are the rides like the "devil's descent" and "Tornado", saturated with craters. You can also dive into the abyss attraction "Jump into the abyss" and riding on large five-foot waves. The Waterpark has a pool for the divers and provides full equipment of the diver.
3
The aquapark "Piterlend" is located in Saint Petersburg. The complex is dedicated to the pirate theme, in the center is the ship, built on the model of the "Black pearl" from "Pirates of the Caribbean". The Park built a unique attraction which does not descend, but rather ascend with the stream of water upwards. In addition, "Piterlend" is a special pond for surfing, swimming pool with screens for diving and big wave ride. Around the perimeter of the complex stretch of lazy river. Also located on the premises the saunas, steam rooms, solariums and massage rooms.
4
In Moscow, one kilometer from the ring road, is one of the largest indoor water parks in the Russian water complex "KVA-kVA-Park". It opened in 2006 and has a diverse and extensive entertainment system. In the complex there are 7 slides, a swimming pool that imitates sea waves, a beach with sand. Visitors are offered such attractions as "the Black hole" aquadrome "Cyclone" extreme slide "Tsunami", pool "Lagoon", which has 130 different strength of the water jets for massage. In "kVA-KVA Park" built a children's village.
Is the advice useful?
See also
Присоединяйтесь к нам
New advices