How to change the word "blind" to case and number

The word "blinds" is an inanimate noun neuter, derived from the French word jaoluise (envy, jealousy). The emphasis in the word "blind" is placed on the last syllable. 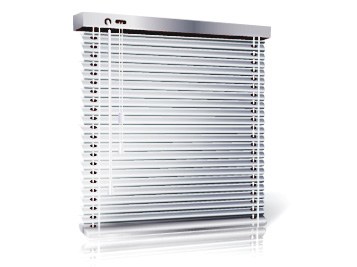 The history of the origin of the word

In linguistics the word "blind" has a folk etymology. According to her, in the middle ages, a jealous French men leaving the house closed the Windows in your home with special devices that were the predecessors of modern blinds and served to hide the beauty of their wives the envious looks from passers-by. Also, according to some sources, French men adopted this device from the owners of harems, they colonized the Muslim countries that hide their numerous wives from prying eyes, but allowed them to observe what happens on the street.

The inflection of the word "blind"

The semantic properties of the word "blind"

A louver is a device allowing to adjust the illumination of the room and the noise from the outside air. It consists of interconnected vertical and horizontal plates.
The word "blind" has no antonyms and has one synonym: "Venetian shutters".
The word blinds has one hypernym: "adaptation"

Colloquial variant of the accent

The formation of adjectives from the word "blinds"

It is worth noting that a high probability that in connection with the ongoing reforms aimed at the simplification of the Russian language in the near future, vernacular version of the stress in the word "blind" will be as correct as the version with the accent on the first syllable.
Is the advice useful?
See also
Подписывайтесь на наш канал