What are some good TVs with 3D

Televisions with the function of viewing the 3D images of today are in great demand. Of course, they have their merits, but unfortunately, not all of them good actually. 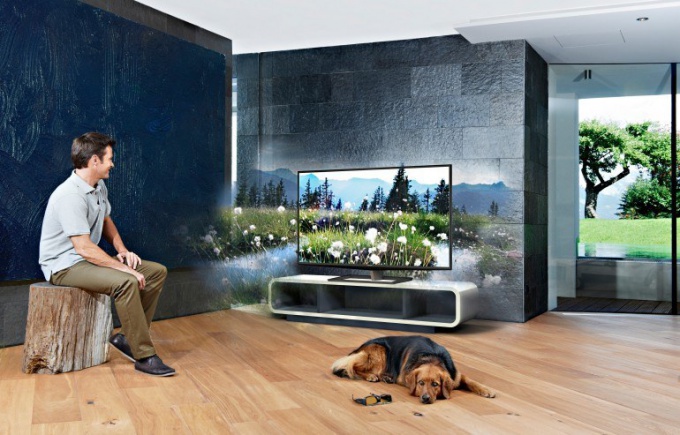 Most of the models are a function of viewing 3D images have the ability to convert 2D to 3D. Of course, a standard television is impossible to convert a video stream, or just to watch 3D video. In the end, it turns out that 3D TVs are more practical and favorable to use. Naturally, choosing and buying a particular model, users prefer the most productive and popular, but not all of them are really good, as you can talk the manufacturer.

Each is equipped with either passive 3D or active 3D technology for transmitting images. The latter is typical for sequential transfer of images to each eye of the wearer, and for this purpose special 3D glasses. For passive technology is characterized by the simultaneous transfer of the image on both eyes, and also use the 3D glasses that require no power (anaglyph or polarized).

Some representatives of their "kind"

As for the TVs, you should consider, perhaps, the most famous brands are LG, Sony, Samsung and Panasonic, as they are most in demand.

For example, one of the best models this year - the LG 55LM7600. The TV has a 55 inch screen that is capable of delivering a resolution of 1920 x 1080 pixels. Of course, with this permission, the matrix allows you to transmit high-quality, rich image. The TV has Cinema 3D (passive function of transmitting 3D image. Also the TV has VGA, 4 HDMI, 3 USB, 1 component and 1 composite inputs, and optical output. In addition, it has built-in Wi-Fi adapter and a web browser.

This year the company is not inferior to Sony and there Sony Bravia XBR 55HX950. It has the same screen size, high resolution of 1920 x 1080 (FullHD), but the differences begin with the used transmission technology 3D. Here we use active technology, which allows to achieve high quality images, which means that when you view the user's eyes will not be tired. From ports it is possible to note the presence of 4 HDMI, 2 USB, 1 component and 2 composite inputs.

Panasonic releases Viera Plasma TC-P55VT50, which is the image quality and screen size is not inferior to the predecessors. The TV has the function of converting images from 2D to 3D, and to transmit three-dimensional images using active 3D with all its consequences. In addition, there are: VGA, 4 HDMI, 3USB, optical output.

As for Samsung, they released the model of the TV UN55F8000, which is identical to the previous except the number of different ports. Is here: 4 HDMI, 3 USB, 1 component and 2 composite input.
Is the advice useful?
Присоединяйтесь к нам
New advices