Where they filmed the TV series "kadetstvo"

The flow of those fighters, which are repeated and plots, and the fate of the characters, and even sets differ little from one another, has long ceased to inspire today's youth to the exploits. The TV series "cadets" became a kind of outlet, a bright spot that attracts young people, fueling their interest in a military career. 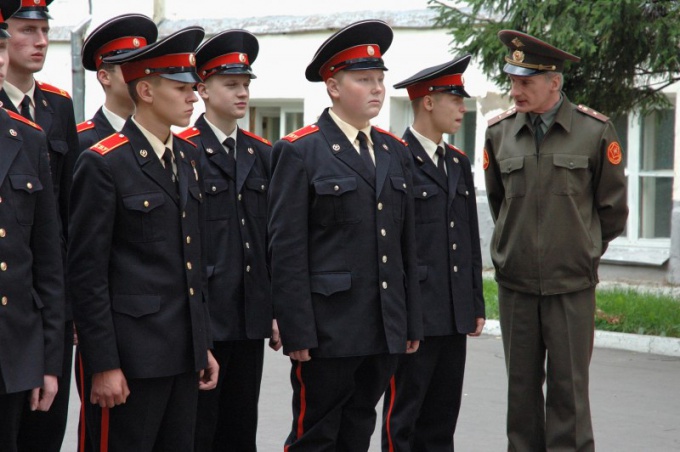 Related articles:
The patriotism of today's youth does not go to any comparison with the patriotism of their fathers and grandfathers. The TV series "kadetstvo" - a kind of attempt to convey to young men that being a military prestige, and to learn the basics of military Affairs interesting. And try, it should be noted, was very successful. The film contains not only the description of the study in Suvorov military school, but also the relationship of the pupils, and from very different social backgrounds, with very different destinies and characters. The creators of the series managed to take a picture that involves what is happening on the screen, not let a single moment and the audience is waiting for the next episode.

The geography of the filming of the series "kadetstvo"

The series is filmed in a military cadet school, which is located in the city of Tver, on the site of the first institution – a theological Seminary. And the work took place in the classroom and in the yard of the school, and even in the nearby hotel complex, so we can safely say that the film was shot in Tver in General.

The shooting brought a lot of fun and residents of the city, and cadets-cadets. The fact that the Director tried to make it so that even the time of year in the frame corresponding to the time of year in fact. The school simultaneously with the work crew were held and classes.

After finishing work on the first season of the series its creators decided to hold a party for the team. The event was planned as a peaceful gathering in the most picturesque place near the city. However, the popularity played a role, and there were not only direct participants, but also the reporters and fans of the film.

What is the role of the main characters performed by teenagers, of course, influenced the process of filming. The boys are in the acting team as one, a restless, loving to joke and fool around. However, the Director still noted their extraordinary performance, willingness to continue shooting even after hours of marathon scenes and frames, endless takes.

And the idea creators on the promotion of patriotism, love of country and the military was quite successful. They did it without pathos, without pressure and high-profile speeches of bravado to return the interest of the boys to a male cause – to serve the country and people. Through this series again in the fashion of military uniform, recede into the background, losing its former popularity Yes, the guy in feminine clothes. At the peak of demand the girls again strong man with a military bearing and a strong character, always ready for pranks and jokes, that is similar to the heroes "Kadetstvo".
Is the advice useful?
Присоединяйтесь к нам
New advices