The war in Syria: how it all began

The war in Syria is civil in nature. On one side the militants and supporters of the Syrian opposition, on the other, the government and allied forces. On the third side are the Kurds, who have created their own Autonomous region with its own government. 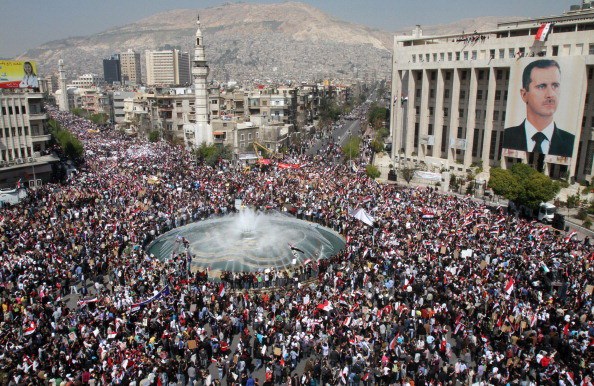 Related articles:
Instruction
1
In 2006-2011, Syria experienced a severe drought. This has led to the death of livestock and crop by 80%. The waste and mismanagement of natural resources was preceded by the desertification and water shortage. Nearly a million people were left without a livelihood. Due to the situation of the rural population, pastoralists and farmers moved to the cities. Additionally, in the Syrian city came to live with Iraqi refugees after the invasion of American troops in their country. Unemployment grew rapidly. Increased tensions in the cities, which to some extent contributed to the armed conflict.
2
The cause of the outbreak of the civil war was "Arab spring". It started a wave of coups and demonstrations in the Arab States 18 December 2010. Coups have occurred in Egypt, Tunisia, Yemen and Libya. The people of Syria, who were dissatisfied with the authoritarian rule of President Bashar al-Assad, the socio-political system of government, the dominance of the alawites in the government, went on public display on 26 January 2011. The population also raised slogans against corruption and the Kurdish problem.
3
Mass protests in Syria began on 15 March 2011. The situation eventually escalated into a popular uprising. The demonstrators demanded the resignation of Assad and his government. The President used tanks and snipers to quell the rebellion. Shut off water and electricity. The army laid siege to several cities. There were instances when soldiers who refused to shoot civilians were shot on the spot. What caused mass desertions in the Syrian army.
4
Bashar al-Assad in late March, dissolved the Cabinet lifted the state of emergency and pardoned political prisoners. However, this did not save the situation. As rebels and deserters from the regular army came together and formed militias. By the end of 2011, they began fighting under the banner of "Free Syrian army".
5
In 2012, the opposition began to attend other countries. The insurgents provided weapons to Iran, Saudi Arabia, Qatar. The Russian foreign Ministry admitted its assistance to the Syrian government weapons. Also on the side of Bashar was North Korea, Venezuela and Iran. The information Minister of Syria said that the civil war involved people from 83 countries of the world. And the proportion of foreigners in opposition reaches 85%. We can say that in the Arab state is a small world war.
6
The armed conflict continues. 3 Jun 2014 held a presidential election, where he won the Bashar al-Assad. Its results are not admitted by the opposition and a number of foreign countries.
Is the advice useful?
Присоединяйтесь к нам
New advices