Which is the income tax

Taxes - are compulsory payments levied on individuals and firms in the state. Any country interested in the collection of taxes. Funds received from taxation, the government spends on education, health care, pensions and so on. 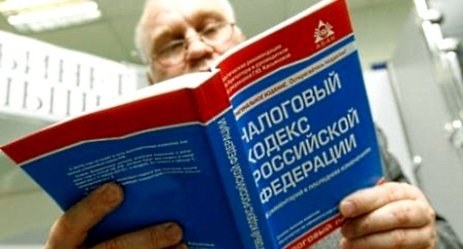 Related articles:
Instruction
1
Usually the tax legislation of every country is thick, and Russia is no exception. Some taxes are Federal, going to the centralized budget of the state, and other regional to the local budget.
2
Income tax is taken from each employee and is 13% of salary. The entire amount of this Federal tax goes into the uniform account of the budget opened in the Central Bank. Later on certain standards of income income tax is distributed between regional budgets for state needs.
3
The property tax they pay as individuals – the owners of homes, villas, land, and legal entities – enterprises. The tax rate is set in the local government and should not be above the rate specified in the Federal legislation.
4
Profit tax is obliged to pay to the state each firm. The size of this tax is a percentage of the profit.
5
The value added tax (VAT) is payable by the seller of goods and services as a percentage of the value added of the goods – the difference between the actual sales price of the goods and the cost of its production. In our country VAT has appeared in the beginning of 1992, that is, with the transition to a market economy, and currently provides the largest portion of the total taxes.
6
The excise tax is a tax on the production and consumption of some specific goods which are in steady high demand (e.g., cigarettes, alcohol, gasoline).
7
All of these taxes are divided into direct and indirect. Direct paid directly from income or assets (e.g., income). Indirect – are included in the price of goods, but their direct payer – the seller, the buyer actually suffers (e.g. VAT, excise duties).
8
In most countries, including Russia, adopted the universal principle of taxing individuals. Every citizen must submit to the tax office personally, they filled a Declaration of their total income over the past year, including the amounts for all types of work. From this total income and calculates the income tax and withholding of income is punishable by law. There are countries where taxation is absent. It is countries like Bahrain, Kuwait, Brunei. If the company registers its branch, it does not violate the laws, while retaining the income.
Is the advice useful?
Подписывайтесь на наш канал