What blood type is the most common

Blood usually detected after the child is born, she can't change. All four blood groups, the most common and versatile of these is the first. 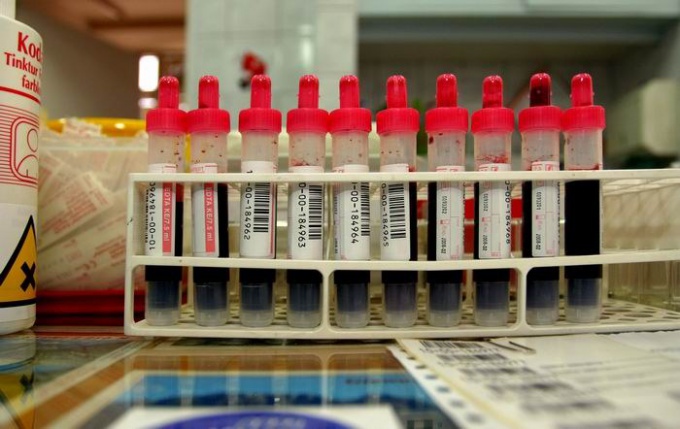 Related articles:
Instruction
1
The blood is divided into different groups depending on the presence or absence of antigens and corresponding antibodies to them. Scientists have discovered the 4 blood groups. They are labeled as follows: the first 0 (I), the second A (II), third B (III), the fourth AB (IV). The letters in the designation refer to the absence or presence of antigens of different groups in the blood.
2
The first group of blood the most common on the planet. Approximately 45% of people are owners of this group. In order of priority, followed by the rest. When blood transfusion is necessary to consider that not all groups are compatible, but the first is the "universal donor", it can be poured to the holders of any other blood groups, because in its composition there are no antigens, as indicated by 0 in the marking.
3
It is widely believed that before, all people had only one blood group. It is believed that the first group is the blood of the ancient people, who were hunters and gatherers. Researchers believe that its composition since that time has not changed.
4
It is believed that people with first blood type has its own qualities such as decisiveness, assertiveness, responsibility, and practicality. It is easy to make difficult decisions and to adequately assess the event. People with this blood group are often confident. They have strong, stocky body type with strong muscles.
5
In addition to the division of blood group antigens and antibodies in its composition, there is an additional division to the RH factor. This term denotes the specific protein, which may be present on the surface of red blood cells. If it is, it means RH factor is positive, if not negative. It is believed that a positive RH factor have 85% of humanity.
6
Thus, if we consider RH factor and blood groups in relation to one another, the most common is the first positive group, and the rarest is AB negative.
7
Recent studies have shown that blood type can indicate what disease predisposed her owner. People with first blood type often have problems with the gastrointestinal tract and blood coagulation, often suffer from gastritis, ulcers and inflammatory diseases. Another common problem in people with this blood group — thyroid dysfunction. Children with the first blood group are prone to allergic disorders, septic infections in infants often have problems with digestion.
Is the advice useful?
See also
Подписывайтесь на наш канал