How can an equilateral octagons

In our time, an enormous widespread ancient Chinese art of Feng Shui, which considers man and his surrounding world as an integrated whole. Feng Shui tries to harmonize all spheres of human activity, using this magic figure - regular octagon Bagua. Let's try to draw it. 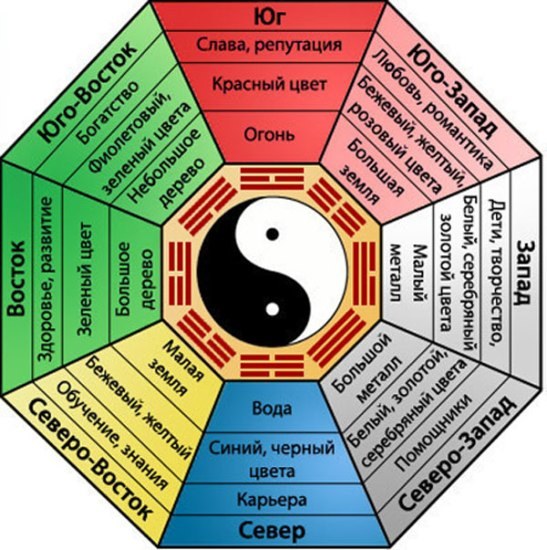 Related articles:
You will need
Instruction
1
Take the notebook sheet in a cage, in the center of the sheet, draw horizontal and vertical lines at an angle of 90 degrees to each other (we call them conditional axis). On a notebook sheet of vertical and horizontal lines that form the cells, just drawn at an angle of 90 degrees. So it is very convenient to draw the axis in the cells.
2
Next, draw a circle of arbitrary radius, whose center is the point of intersection of the coordinate axes. Get the circle divided into four parts. Now every quarter of a circle, divide in half. To do this, from the center of the circle (the point of intersection of the axes of coordinates), draw the rays. They should be located at an angle of 45 degrees relative to any adjacent axes.
3
The angle of 45 degrees is easy to build and without a protractor. This will depart from the center of the circle is equal to the number of cells both horizontally and vertically. Neatly on squares draw lines parallel to the axes. We obtain a square. Now connect the point of intersection of the coordinate axes, with the opposite vertex of the square. The resulting diagonal extend to the intersection with the circle. Repeat this operation with other parts of the circle.
4
In the end you'll have a circle that is intersected by eight rays. Connect the intersection points of rays and circle together. Regular octagon ready. 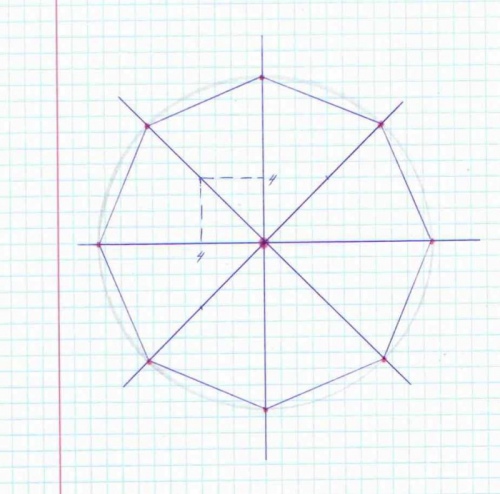 5
If you have no compass – no problem. The algorithm of construction of the octagon will change slightly. To do this, after the creation of the conditional axes, draw the rays, separating in half, obtained four areas of the coordinate system, using the above in step 3 recommendations. From the point of intersection of the axes with a ruler mark on each of the resulting eight beams lines the same length. Connect in a circle the ends of the lines with a ruler - get a regular octagon. 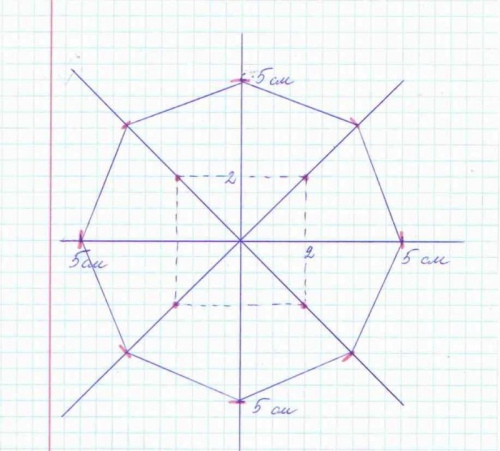