What is a gynaecological curettage

The curettage is one of the most frequently performed medical procedures in modern obstetrics. It can be done for a variety of reasons, for diagnostic purposes or in the framework of therapeutic interventions. The doctor using special tool removes the superficial layer of the endometrium, i.e. scour it. 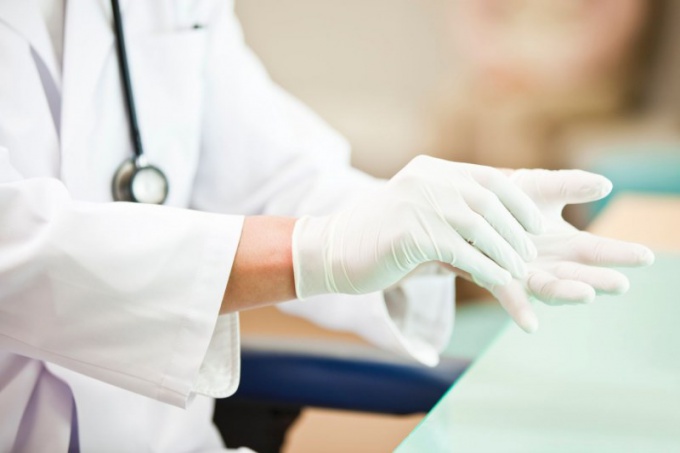 Related articles:
Instruction
1
In itself, the removal of the mucosa from the inner wall of the uterus is not unusual. In healthy women in productive age this occurs every month and is manifested in the form of menstrual bleeding, when the blood issued out pieces of exfoliated endometrium. But sometimes you need a so-called gynecological curettage, in which the epithelial layer is removed by a doctor using a special tool - a curette.
2
Most often, the curettage is performed for diagnostic purposes, for example, if a woman in a long time complains of severe bleeding, the cause of which using the ordinary survey cannot be established. The procedure is usually accompanied by examination of the uterine cavity with the help of another gynecological devices known as a hysteroscope. The result of this diagnosis becomes find the cause of bleeding, which can be hormone imbalances, fibroids, polyps, and malignant tumors of the body or of the cervix.
3
Gynecological curettage for heavy bleeding can also become a kind of therapeutic exercise. For example, in the case of a prolonged menstrual cycle when the endometrium grows so much that to remove it the normal amount of blood released during menstruation is insufficient.
4
Quite often cleaning is prescribed after the miscarriage, because, despite the severe bleeding, the female body cannot always rid itself overgrown mucosa, the remains of which can lead to an inflammatory process, fraught with negative consequences. Yes, and a regular abortion, produced in the period up to 12 weeks can also be called a gynecological curettage, the only difference is that during the procedure the uterus is removed not only in the endometrium, and the embryo.
5
Scraping is done usually under General anesthesia. The doctor has the patient on the gynecological chair, handles the external genitalia with disinfectant solution, and then with a special dilator opens the cervix. Curette is a spoon with sharpened edges. With its help, the gynecologist step by step scrapes the mucous membrane. This procedure is simple and takes around 5 to 10 minutes. Contraindications to it, by and large, does not exist, with the exception that the ongoing wanted pregnancy. But do not forget that in any case cleaning is a small, but still surgery, which means it can be inherent risks associated with the supply of anesthesia, for example, allergic reaction to drugs.
Is the advice useful?
See also
Присоединяйтесь к нам
New advices